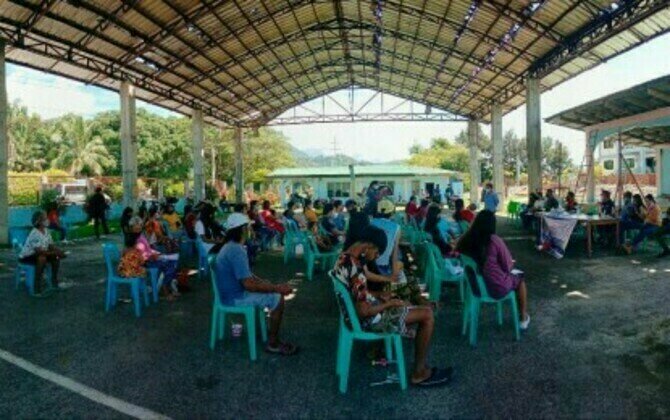 BALER, Aurora - Aside from fighting insurgency on the ground, government troops halt communism even before it starts through information dissemination.

In an interview on Saturday, Lt. Col. Julito Recto Jr., acting 91IB commanding officer, said they conduct lectures in different schools in this province to warn young people about the danger of recruitment into the armed movement.

"Our youth are very vulnerable to false ideologies since they are innocent and easy targets for manipulation. They must be educated enough to avoid being recruited by communist terrorist groups which have disguised tactics for development and reform. But their real agenda is to destroy the government and the future of the youth, especially those residing in depressed and isolated areas," he said.

Recto encouraged parents and teachers to disseminate correct information on the sincerity of the government in promoting sustainable peace and development, especially in the geographically isolated areas of the province.

He added that the 91st IB will continue to engage the youth through campus peace and development fora to further the advocacy against communist groups.

The NDF has been formally designated as a terrorist organization by the Anti-Terrorism Council on June 23, 2021, citing it as "an integral and inseparable part" of the CPP-NPA created in April 1973. (PNA)