PRO-6 cops respect protests, but appeal for calm among rallyists 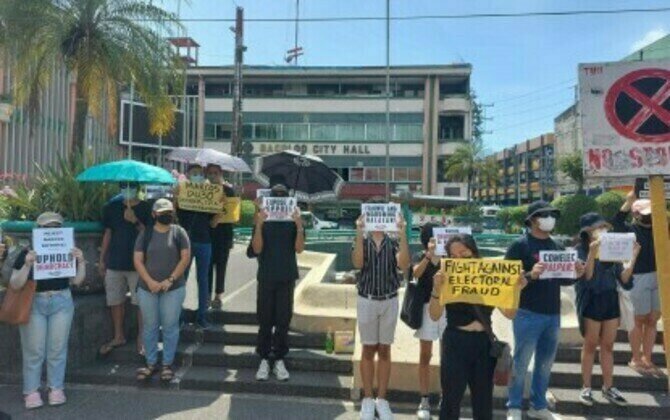 BACOLOD CITY - The Police Regional Office-Western Visayas (PRO-6) has expressed maximum tolerance to the conduct of protests related to the May 9 national and local elections, but asked the demonstrators to remain calm and adhere to certain restrictions.

The regional police issued the appeal as members of militant organizations gather in various areas in the region, including this city, on Friday.

Brig. Gen. Flynn Dongbo, director of PRO-6, said commanders across the region have been instructed to ensure that their personnel are strictly following the Philippine National Police operational procedures and exercising maximum tolerance at all times.

He said that although the PRO-6 respects the rights of the protesters, in turn, they should also follow protest permit restrictions and related rules and regulations.

"We respect everyone's sentiment and self-expression. However, we are appealing to those who are protesting the outcome of the elections to avoid activities that can disrupt the peace and order in communities and follow laws and ordinances," Dongbo said.

The PRO-6 chief said the police aim to ensure the safety of both the rallyists and the general public.

"No properties must be damaged. (The protest) must not cause inconveniences such as traffic congestion and disruption of normal activities of the people," he added.

In Bacolod, rallyists from youth groups League of Filipino Students and Anakbayan as well as labor organization Kilusang Mayo Uno and urban poor group Kadamay gathered in front of the old City Hall to protest the election results on Friday.

Most of them were clad in black to symbolize what they believe is a dark future for the country.

The Commission on Elections in this city and Negros Occidental had earlier advised protesting groups to file a formal complaint regarding their claims instead. (PNA)