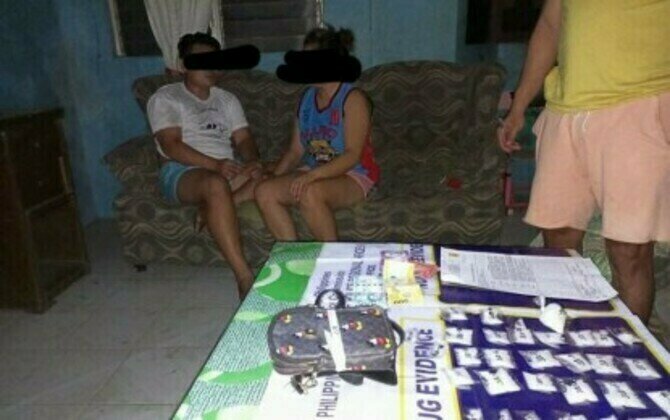 BACOLOD CITY - Anti-drug operatives of the Bacolod City Police Office (BCPO) seized PHP1.183 million worth of suspected shabu from a couple during a buy-bust at their residence in Purok Kapawa, Barangay Punta Taytay on Friday.

At about 1 a.m., the couple sold a sachet of the prohibited substance worth PHP1,500 to an undercover policeman.

Operatives also found in their possession 33 sachets of suspected shabu, weighing about 174 grams, pegged at a standard drug price of PHP6,800 per gram.

"Continue your burning vigor in our campaign against illegal drugs. This bespeaks of your dedication and commitment to eliminate the menace of illegal drugs in our communities," he added.

A report of the BCPO-CDEU said Elera had been jailed in June 2020 after she was arrested also for an illegal drug case, but was released in August that year.

"She continues her illegal drug activity together with her live-in partner," it added.

Charges for violation of Republic Act 9165 or the Comprehensive Dangerous Drugs Act of 2002 are being readied against the suspects, now detained at Police Station 9. (PNA)