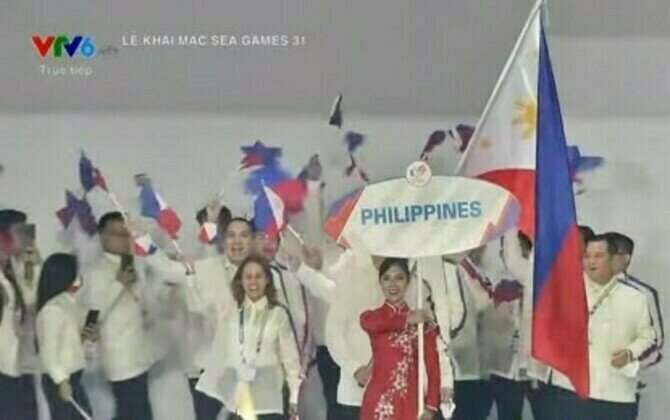 Medal performers in the SEA Games will meet President Rodrigo Duterte before he leaves Malacanang on June 30.

Philippine Sports Commission (PSC) chair William Ramirez said in a news release on Friday that SEA Games medalists will receive cash benefits under Republic Act No. 10699 or the National Athletes and Coaches Benefits and Incentives Act.

"But knowing the President, it's his style to give additional cash bonuses to the athletes aside from what has been provided for by law once they visit him in Malacanang," Ramirez said.

Ramirez said amid the Covid-19 pandemic, the athletes are fortunate that Congress appropriated money to finance their training, needs, and foreign exposures.

The PSC bankrolled the participation of the 980-strong Philippine contingent, including 641 athletes and 210 coaches in 38 sports to the tune of P232 million.

The budget covers plane tickets, hotel and billeting, and allowances of athletes and coaches, among others.

"The President is very supportive and of course, we are also thankful to the private sector for giving them additional incentives," Ramirez said.

Since the SEA Games is an integral part of the national team's preparation for next year's China Asian Games and the 2024 Paris Olympics, Ramirez said it is only proper to give athletes the opportunity to hone their abilities.

The 2020 Tokyo Olympics, held last year because of the pandemic, saw weightlifter Hidilyn Diaz win the country's first ever gold medal in the quadrennial event.

Meanwhile, Jones Inso came up with a near-flawless routine and seemed to have the gold medal all sewed up with one competitor left in the men's taijiquan event of wushu at the Cau Gias Sporting Hall here Friday.

Malaysian Zhi Yan Tan, the last of the nine participants, however pulled off a slim victory, impressing the judges who gave him 9.71 points and relegating Inso, who had 9.70 points, to the silver medal.

Inso failed to medal in the 2019 SEA Games in the Philippines.

Rapada bowed out in the men's taolu changquan with a score of 9.63.

On Saturday, Andrew Kim Remolino and women's defending champion Kim Mangrobang will compete in triathlon at the Sunset Bay here.

Remolino, 22, Cebu's top triathlete, is out to improve on his silver medal finish in the Philippine SEA Games three years ago at the Subic Bay Freeport, where compatriot John Leerams "Rambo" Chicano reigned supreme.

Giving him a hand in the men's 1.5-kilometer swim, 40-kilomter bike, and 10-kilometer run event is Filipino-Spanish Fernando Tan Caseres, 26.

Mangrobang, who triumphed the last time out in two hours and two minutes, will be joined by Raven Faith Alcoseba in the women's race.

"It's going to be the same finish - 1 and 2 or gold and silver. Our triathletes and duathletes are in good condition so I believe we can still retain the title," said triathlon coach George Vilog.

Chicano will race in Sunday's duathlon event in the company of Raymund Torio while Mangrobang will do double duty, competing alongside Alex Ganzon. (PR)