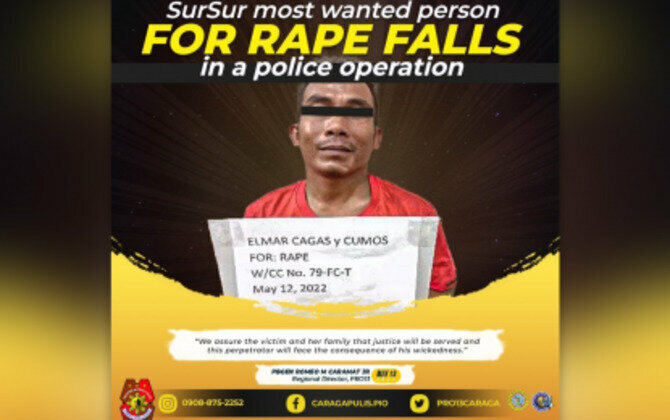 Cagas, 34, has a standing warrant of arrest for rape issued by the Regional Trial Court, Branch 14-Family Court in Bislig City, PRO-13 said in a statement.

Based on the report of the Tagbina police, Cagas sexually molested and raped a 12-year-old girl in October 2021.

The report said the suspect raped her twice on the same day while being threatened.

"We assure the victim and his family that justice will be served and the perpetrator will face the consequences of his wickedness," Caramat said. (PNA)