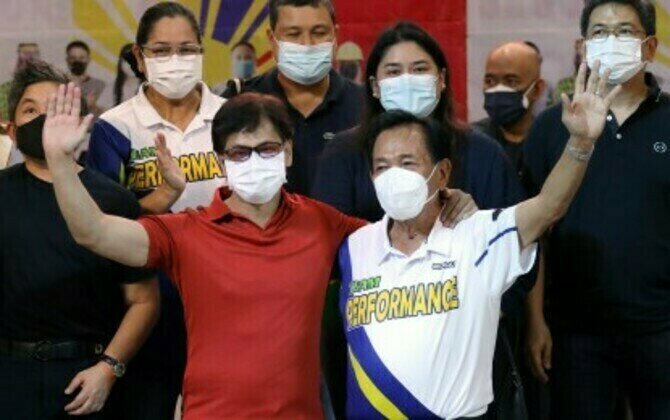 MANILA - Former Metropolitan Manila Development Authority (MMDA) Chair Benjamin "Benhur" Abalos Jr. is set to become the next secretary of the Department of the Interior and Local Government, according to the camp of presumptive president Ferdinand "Bongbong" Marcos Jr.

"I would like to announce that Chairman Benhur Abalos has been nominated to lead the Department of the Interior and he has accepted the challenge," announced Marcos' spokesperson, lawyer Vic Rodriguez, in a press briefing on Friday.

As overall chair of the Metro Manila Council, Abalos initiated the "Vax As One" program where local government units accommodated residents of other areas in their vaccination programs.

Marcos also previously announced that presumptive Vice President Sara Duterte would take the helm of the Department of Education.

At the same time, Rodriguez debunked a list circulating on social media about the potential Cabinet members under the Marcos administration, saying only Duterte and Abalos' possible appointments are confirmed.