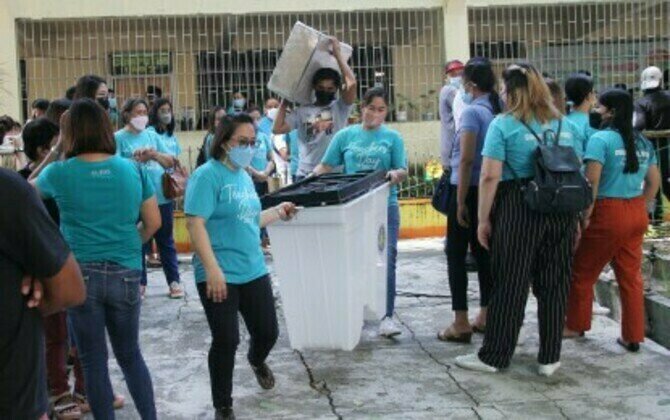 MANILA - The Commission on Elections (Comelec) is eyeing to give additional honoraria to electoral board (EB) members who rendered overtime work during the May 9 elections due to faulty vote counting machines (VCMs).

In a press conference on Friday, Comelec acting spokesperson John Rex Laudiangco said they are waiting for the resolution and final approval of the proposal, which should go through the Commission en banc, for teachers and staff appointed by the Department of Education (DepEd) to EBs.

EBs are composed of a chairperson, a poll clerk, and a third staff.

He said DepEd supervisor officials (DESO) and the support staff did not leave the EBs and polling precincts when problems occurred.

The additional honoraria, he said, are taxable under the law.

"The taxation law states that 'yung mga ganitong bagay ay income at pagka kinonsider po na income, meron pong tax (things like these are income and if it is considered as income, it is taxable)," he said.

"We must ensure that the teachers and support staff, whose sacrifices during Election Day are unparalleled, are fairly compensated for the work done," read the memorandum addressed to the en banc. "The teachers' loss of time to rest and be with their families, as well as their loss of opportunity to find other sources of income, must be considered."

The amount for additional honoraria will be discussed once the proposal is approved.

The chairpersons and members of the EB, DESO, and their respective support staff shall also be entitled to a travel allowance of PHP2,000 each.

The DESO and their staff will likewise receive a communication allowance of PHP1,500 each.

A PHP500 anti-coronavirus disease 2019 allowance will be given to the EB, DESO, and their respective support staff, medical personnel, and other support staff.

The allowance and the honoraria shall be paid within 15 days from the date of elections. (PNA)