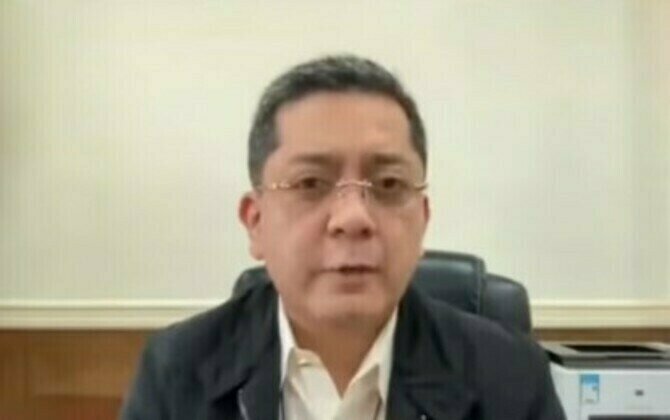 MANILA-The Commission on Elections (Comelec) will begin this weekend the investigation of the over 900 vote counting machines (VCMs) that encountered issues during the May 9 polls.

According to Commissioner George Garcia, the Comelec Steering Committee headed by Commissioner Marlon Casquejo will meet on Saturday with the Comelec Advisory Council (CAC) and the Project Management Office (PMO) to discuss the matter.

He said the holding of the meeting is in response to the call of President Rodrigo Roa Duterte to investigate why the VCMs did not function during the elections.

"In view of the call of the President to investigate the defective VCMs during the election last Monday, Commissioner Casquejo, the head of the steering committee, will convene tomorrow (May 14), the CAC and the PMO to get to the bottom of this issue," Garcia said in a Viber message to members of the media on Friday.

Earlier, Duterte urged the Comelec to look into hundreds of VCMs that malfunctioned during the polls so as not to cast doubts on the integrity of the election results.

According to the poll body official, the decision to scrap the party-list system is not the decision of the Commission but Congress.

"Allow the Comelec to work on the laws that we have right now. We cannot comment on that. Why? Because these matters are within the wisdom and jurisdiction of Congress. The job of the Comelec or Constitutional mandate is (to) administer all election laws," he said in a press briefing on Friday.

"For as long as there is that law providing for the party-list system, we will comply with that," the Comelec official added.

On Thursday, Duterte urged his would-be successor to scrap the party-list system.

He said it has been used by the rich and powerful to lobby for their interests in Congress. Also, the President said it is being used by communist groups to penetrate Congress.

On the other hand, poll watchdog Kontra Daya said it would be better to amend the law instead of being abolished.

"Kontra Daya's position is to amend the Party-list System Act of 1995 to make it more consistent with the provision in the 1987 Constitution. Amending the law can somehow help in changing the party-list system for the benefit of the marginalized and underrepresented," the group said. (PNA)

SHANGHAI, China: The central Shanghai district of Jingan, a key commercial area in China's financial hub, has announced that it ...

Polish president: Ukraine must decide its own future

KYIV, Ukraine: Andrzej Duda, President of Poland, told lawmakers in Kyiv this week that Ukraine has the right to decide ...

SAN ANTONIO, Texas (ANI/Big News Network): The death toll in the mass shooting incident at a school in Texas now ...

LONDON, England: Citing a U.S. official, the Financial Times reported this week that during the Quad summit in Tokyo, the ...

ATHENS, Greece: In a significant move for Greece, which has intensified its campaign to bring back sculptures from its most ...

Closed since start of Covid, Chile to reopen Easter Island to tourists

SANTIAGO, Chile: Easter Island, one of Chile's most important tourist attractions, will reopen to visitors on August 1, the government ...

In bid to lower cost of steel, India imposes 50% tax on ore exports

NEW DEHLI, India: In a move expected to end the country's exports of the raw materials needed to manufacture steel, ...

NEW YORK, New York - The release of the minutes of the Federal Reserve's monetary meeting earlier this month surprisingly ...

WASHINGTON D.C.: A leading U.S. official has said that even if Taiwan is excluded from President Joe Biden's Asian economic ...

MOSCOW, Russia: In the latest escalation of an energy payment dispute with Western nations, Russia's Gazprom has halted gas exports ...

SYDNEY, NSW, Australia - It was a lukewarm day for stocks across Asia Wednesday with little movement in either direction.In ...