AFP steps up ops vs. terror groups as elections approach 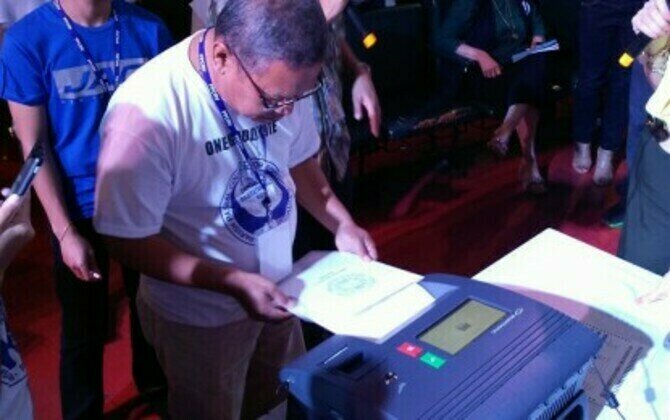 MANILA - The military will further intensify its operations against communists and local terrorist groups to ensure orderly and peaceful polls on May 9.

Armed Forces of the Philippines chief-of-staff Gen. Andres Centino said troops deployed nationwide remain vigilant against groups that might threaten the public from casting their votes.

"With the campaign period for both national and local posts in full swing, now more than ever, we in the AFP implore troops deployed all over the country to remain vigilant against entities that may threaten or prevent our citizens from safely exercising their constitutional right to vote the next leaders of our nation, including our local government executives," Centino said in a statement Monday.

Centino said the AFP, along with the Philippine National Police (PNP) and the Philippine Coast Guard (PCG), is "doing its best" to guard the elections so that people can exercise the right to vote for their chosen leaders "without fear and intimidation".

Last April 8, the AFP and the PNP presented security updates during the third Joint Command Conference at the AFP Commissioned Officers Club in Camp Aguinaldo.

During the meeting, security updates and deployment of vote-counting machines, official ballots and other election paraphernalia were discussed.

The directive provides the policies and guidelines of the member agencies, as deputized by the Commission on Elections to conduct peace and security operations.

The PNP will be responsible to take the lead role in law enforcement operations, including investigation and assist the Comelec in the prosecution of election-related cases.

The PCG will take the lead in law enforcement operations in coastal or maritime areas.

The AFP will be at the helm in holding joint operations involving the suppression of insurgency and other serious threats to national security.

Under Comelec Resolutions No. 10755 and No. 10743, the AFP, PNP, and PCG will provide security to polling places, including election materials to be used in the elections.

They will also provide security to Comelec personnel, its deputies and other persons performing election-related functions. (PNA)