Massive production of 'Golden Rice' seeds to start this year 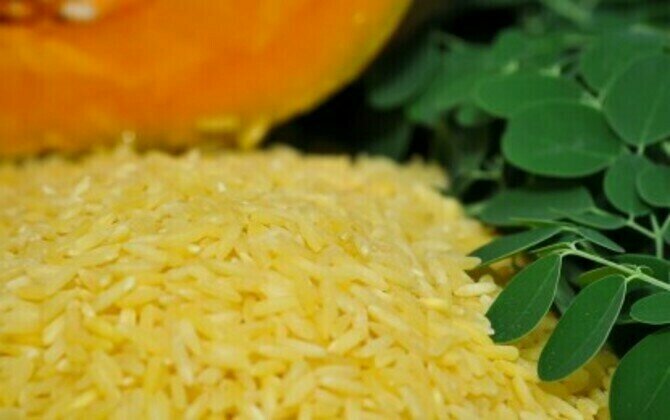 MANILA - To utilize and promote biotechnology in the country, the Department of Agriculture (DA) on Wednesday said this year marks the start of massive production of Golden Rice seeds, particularly in the vitamin A-deficient provinces.

"On the policy front, the National Seed Industry Council (NSIC) has adopted a unified policy for the varietal registration of all genetically modified crops, which paves the way for a streamlined deployment timeline for Golden Rice," Dar said during the Healthier Rice Project Team and Advisory Committee (HRAC) meeting.

As a member of the National Nutrition Council, DA will pursue the inclusion of Golden Rice as one of the recommended interventions in the Philippine Plan of Action for Nutrition, which currently includes the study of biofortification in its revised research agenda.

"On the research and development front, we have poured extensive resources into the new facilities of the Crop Biotechnology Center in DA-PhilRice, where the Golden Rice Program office and other ongoing biotech crop research activities will be housed," Dar said.

Dar said biotechnology is a "powerful tool of science to feed the future".

"The stance of the DA is clear: biotechnology is a pillar of our 'OneDA approach' to ensuring agricultural productivity, sustainability, economic growth, and nutritional security," he said.

He said the biosafety approval of Golden Rice for commercial propagation firmly cements the Philippines' leadership in agriculture biotechnology in the Association of Southeast Asian Nation (Asean) region.

Dar said the department welcomes its role as a pioneer in the deployment and commercialization of the first rice variety of genetically modified (GM) for nutritional improvement.

He added that DA will be needing capacity assistance and funding resources to move their basic knowledge's from institutions such as International Rice Research Institute (IRRI) to strategic research partners. (PNA)