Antique seals 4Ps cash cards to prevent from being pawned 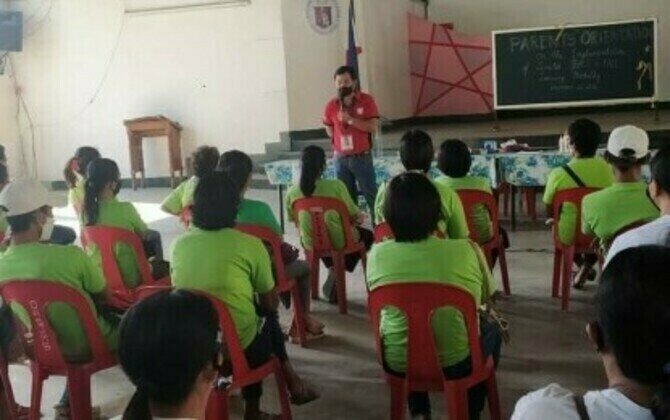 SAN JOSE DE BUENAVISTA, Antique - This province has sealed the cash cards of its Pantawid Pamilyang Pilipino Program (4Ps) members to prevent them from being pawned or used as collateral for loan sharks.

Jeffrey Gabucay, 4Ps Provincial Link in Antique, said in an interview Friday that Antique was the first in Western Visayas to launch the sealing of the cash cards on January 13 after they discovered some grantees pawning them to loan sharks, which is prohibited.

"Being a grantee of the 4Ps is a privilege and so they should make sure that they use their cash grants accordingly," Gabucay said.

After the grantee receives the cash grant, the card, which is similar to an ATM card, is placed inside a short white mailing envelope by a Pantawid worker and will be sealed with a Pantawid sticker affixed with the signature of the program's Municipal Link.

This would make it easy to detect if the grantee opened the envelope earlier than the next payout schedule.

"The grantee will then be subjected (to) investigation under the Grievance Redress System for their eventual termination from the 4Ps," Gabucay said.

The sealing of cash cards began in Jose de Buenavista with 1,723 grantees.

"Based on our monitoring, those who had used their cash card as collateral suffered even further because of the 20 percent or so interest being charged by loan sharks," he said.

The result of their intensified monitoring in 2021 showed that 17 grantees pawned their cash cards in October, 110 in November, and 30 in December.

"There was really a spike last November 2021 with 110 grantees that we decided to already seal their cash cards starting this year," he said.

Before the sealing, the grantees are briefed on the legal basis to include Section 32 of the Republic Act 11310 or An Act Institutionalizing the 4Ps, creating a Grievance Redress System, and the Pantawid Operation Manual, among others.

The amount given to cash grantees varies. Children of beneficiaries enrolled in elementary receive PHP300 per month, PHP500 for junior high school, and PHP700 for senior high school.

A household is also given PHP750 for health and PHP600 for rice subsidy per month. (PNA)