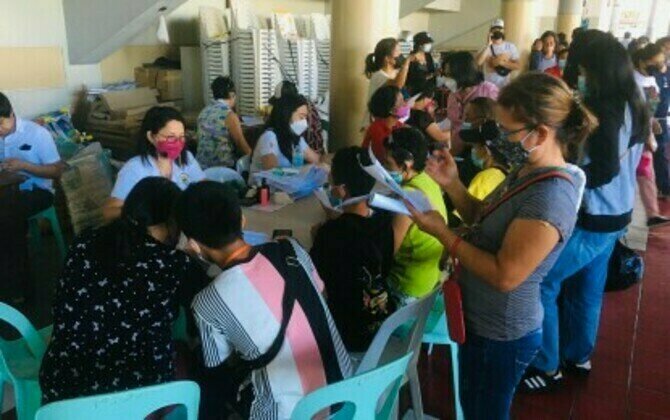 DUMAGUETE CITY - Coronavirus disease 2019 (Covid-19) cases in Negros Oriental increased over the past days as the province gears up for the implementation of Alert Level 3 beginning Sunday, January 16.

Two new deaths were also reported - one from Bindoy and the other from Tanjay City - both unvaccinated.

"Paspas kaayo ang transmission sa mga kaso (the transmission of cases is so fast)," she said, adding that regardless of whether it is now the Omicron variant that has triggered the spike, residents must be wary of their movements and practice minimum health protocols otherwise "sigurado gyud nga matakdan ang tibuok pamilya (the entire family will get infected)".

The province has not yet reported a single Omicron variant infection in the absence of genome sequencing.

This capital city has the highest number of active cases at 73.

Meanwhile, Negros Oriental is among the many areas placed under Alert Level 3, from January 16-31, as announced by Malacanang, in the midst of another surge of infections in the country.

Negros Oriental shifted from Alert Level 4 from Nov. 1-14 to Alert Level 2 from November 15 and onwards as cases in the province declined to two-digit numbers.

Estacion called on the people to have themselves vaccinated against the Covid-19 for added layer of protection against the virus, especially with the threat of the fast-spreading Omicron variant. (PNA)

FedEx asks US to let it install laser defenses to planes

MEMPHIS, Tennessee: FedEx is seeking permission to arm its cargo planes with defensive systems to thwart attacks by heat-seeking missiles. ...

LOS ANGELES, California: Netflix has raised its monthly subscription price from $13.99 to $15.49 per month in the United States. ...