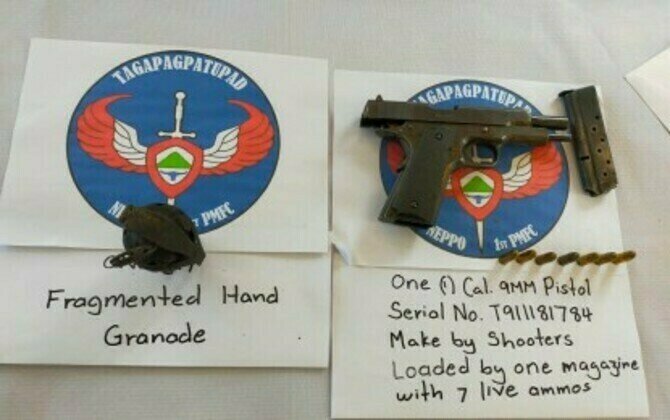 BALER, Aurora - A former member of the Communist Party of the Philippines-New People's Army (CPP-NPA) surrendered to government troops in Bongabon, Nueva Ecija on Friday.

Cortel, who operated under the remnants of Komiteng Larangang Guerilla Sierra Madre (KLG-SM), is a native of Agusan del Norte, and residing in Barangay Tugatog, Bongabon.

He opted to lay low from the rebel movement sometime last year.

During his surrender, Cortel turned over his 9mm pistol (serial no. T91161764) with seven live ammunition and a hand grenade to authorities.

The former rebel, firearm, and explosive are now in the custody of 1PMFC, NEPPO for proper documentation and disposition.

Rubio said the decision of Cortel to return to the fold of the law is a response to the call of the local government unit (LGU) of Bongabon to end the local communist armed conflict.

"We are also expecting that more NPA leaders and members will heed the call of the government to return to the fold of the law," he said in an interview.

He added that the continuous community support program that brings to villages the programs and projects of the government convinced Cortel to surrender.

Rubio assured that all rebels who will surrender will be provided the needed assistance.

The Anti-Terrorism Council also formally designated the National Democratic Front as a terrorist organization on June 23, 2021, citing it as "an integral and separate part" of the CPP-NPA that was created in April 1973. (PNA)