Yarn spinning facility to be set-up in Northern Luzon 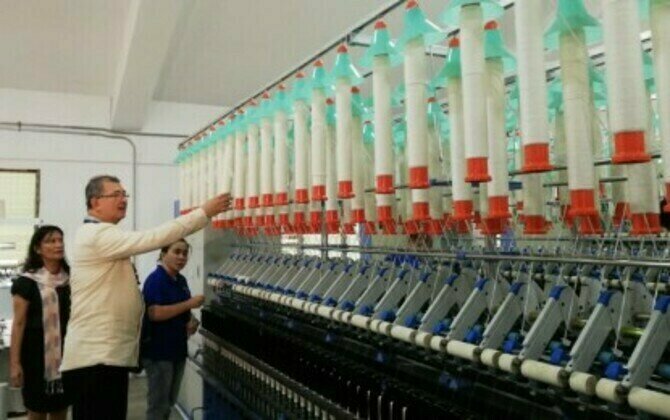 MANILA-Following the success of its yarn production and innovation center in Iloilo, the government is preparing to set up a new one in Northern Luzon in line with its goal to establish four more such centers across the country in the next four years.

Department of Science and Technology (DOST) Secretary Fortunato de la Pena said by 2022, there will be another Regional Yarn Production and Innovation Center (RYPIC) which can provide opportunities to the people of Northern Luzon.

De la Pena said the RYPIC is one of the facilities established by his department to spur innovation and growth in the region.

"It is an approach taken by PTRI (Philippine Textile Research Institute) and supported by the DOST to close the gap in the supply of yarns using natural textile fibers," he said. "We have a lot of things to do to enable local innovation and encourage our fellow Filipinos to champion homegrown technology and products."

De la Pena said RYPIC aims to jumpstart local innovation ecosystems for the textile sector and will cater to the requirements of micro, small and medium enterprises (MSMEs) in the fashion industry, the academe, and government institutions for yarns and fabrics using local raw materials, skills, and talents.

It is also expected to bring together communities and producers and promote collaboration towards the creation of products that will generate higher economic benefit to all stakeholders, he said.

Aside from yarn production, the RYPIC will also serve as an innovation hub to promote textile research and development activities in the region, thus igniting economic activity in weaving communities across the country.

"Now we are seeing how the RYPIC is beginning to shape the yarn innovation not just in Iloilo but in different parts of the country that's because of the help of digital technology, making products known and available to anyone wherever they may be," he added.

After the establishment of microscale yarn spinning facility in Iloilo, the first RYPIC in the country, the DOST aims to establish four more RYPICs in Northern Luzon, Southern Mindanao, Western Visayas, and Southern Luzon next year until 2025, according to the
Philippine national textile innovation map.

The facility is hosted by the Iloilo Science and Technology University (ISAT U) through its Miag-ao campus.

"We are excited that we have this project here and use this in order to revitalize our weaving sector. It will allow us to significantly add value to our textiles and other fiber-based products. The value being added here is not merely limited to economic or monetary gains which we expect to have because of better and more inclusive supply chains. For us equally important are the social and cultural value addition that the RYPIC gives to our weaving enterprises and communities just like in the heydays of the Iloilo weaving industry," he said.

"Very soon, our very own farmers, together with our weavers and our artisans, side by side will be proudly making products that are worn by people not only in the Philippines but all over the world," he added. (Philexport PR)