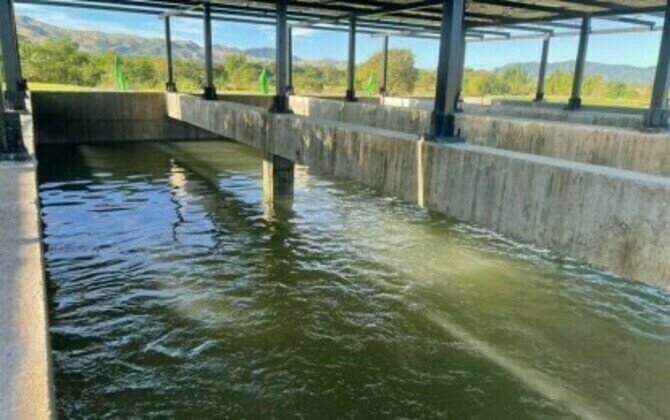 LAOAG CITY -Cotton growers in a rural village of Lumbaan, Pinili, Ilocos Norte were elated on Thursday with the inauguration and turnover of the Lumbaan-Bicbica irrigation development project of the National Irrigation Administration (NIA).

Lerwin Pidot, Grupo ti Zanjera Lumbaan Bicbica Irrigators Association Inc. president, said they are lucky for being the major recipient of the more than PHP18-million worth of projects which will revitalize cotton production in the community.

According to NIA, the project covers an area of 25 hectares directly benefiting around 20 farmer beneficiaries. Completed on October 11, 2021, the project aims to increase the productivity of farmers by giving them more options to plant alternative crops like cotton other than the usual rice and other commercial cash crops.

Now that a stable supply of water is available in Lumbaan village, Mayor Rommel Labasan said more farmers will be inspired to plant cotton in the area.

To date, the town's cotton farmers have an existing agreement with the Philippine Fiber Industry Development Authority (PhilFIDA) to sustain the production of Abel (woven cloth) products.

Aside from providing cotton seeds, fertilizer, and pesticides to the farmers, members of the Lumbaan Weavers and Cotton Producers Cooperative are also trained by the PhilFIDA to process seed cotton, get the fiber, and turn it into yarn.

Starting with a two-hectare cotton farm with five farmer-cooperators in 2016, cotton farming in Lumbaan has increased to 16 hectares in 2017 with 18 farmers. But due to water shortage, some farmers reduced their cotton fields to 10 hectares in 2018.

In December 2019, President Rodrigo Duterte's common-law wife, Cielito "Honeylet" Avancena, visited Pinili town's Magdalena Gamayo, a national living treasure for her excellence in textile weaving, and this paved the way to the grant of NIA's irrigation project for cotton farmers to have access to water.

On Thursday, NIA officials turned over said project to the farmer-beneficiaries as they enjoined them to help maintain and maximize its use to alleviate poverty at the grassroots level. (PNA)

PARIS, France: The French government is offering increased autonomy for the Caribbean island of Guadeloupe, after COVID-19-related riots and long-running ...