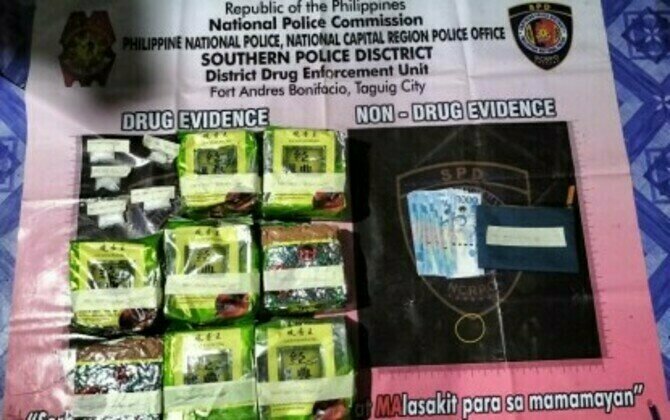 MANILA - Members of the Southern Police District (SPD) seized PHP54 million worth of shabu and arrested two suspects in a buy-bust in Taguig City on Thursday night.

In a report, SPD director, Brig. Gen. Jimili Macaraeg identified the suspects as Marisa Asi, 34; and Muslimin Kamid, 32, both of Barangay Maharlika, Taguig.

Also recovered from them was a genuine PHP1,000 bill placed on top of 34 PHP1,000 bills used as boodle money and a pouch.

The suspects who are now temporarily detained at the SPD District Drug Enforcement Unit Office will be charged with the violation of the Comprehensive Dangerous Drugs Act of 2002. (PNA)