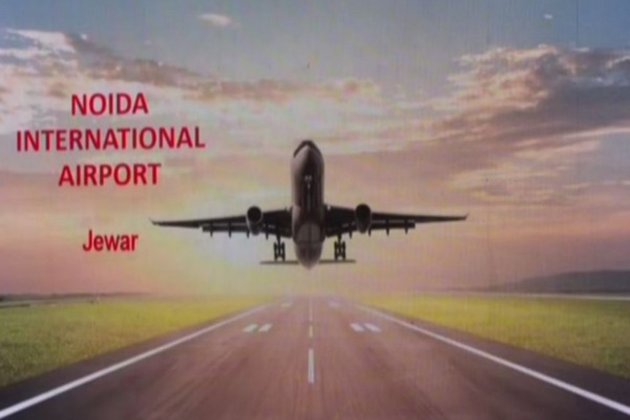 Jewar [Uttar Pradesh], November 26 (ANI): The foundation stone of Noida International Airport and the scheduled completion of its first phase in the next 36 months will usher development in the area and create employment opportunities, local BJP leaders said on Thursday even as opposition leaders questioned the timing of the project months ahead of the assembly polls in the state.

Locals said that the project could have an impact in several seats of western Uttar Pradesh including in Ghaziabad, Bulandshahr, Meerut, Muzaffarnagar and Baghpat districts.

"People of all ages can see the benefits of this airport. We have been dreaming this project for many years. This will give new employment opportunities to our coming generations. The value of land will increase," Sukhram, a resident of Ghaziabad, said.

Harish, another local, also said the project is a realisation of the dreams of the people of the area.

BJP workers said that the ambitious project has been planned in detail and will not only help the faster development of the state but will help increase the exports from the country.

They said the BJP governments, both in the state and the Centre, have taken several initiatives for the welfare of the people of the state.

Bahujan Samaj Party (BSP) leader Mayawati alleged that the Congress-led UPA government had created hurdles in proposals for Jewar airport and eight-lane expressways made during her tenure as chief minister.

She also said the laying of the foundation stone for the international airport by the BJP government months before state polls raises questions on its "policy and intentions".

Mayawati, who made a series of tweets, said the development works proposed by her party should have started by now.

She said the foundation stone of these ambitious projects (Noida International Aiport) has been laid almost a decade after the term of the previous SP and now the BJP government whereas such development works should have been completed by now.Samajwadi Party (SP) chief Akhilesh Yadav accused the BJP government for having "hindered" the proposal of Firozabad airport.

"If the BJP government at the Centre would not have stopped the proposal of Firozabad airport made during the SP government, then at this time ''churis (bangles) would also have got a chance to be associated with 'jewar' (jewellery). Only the SP government can give a new flight to the development of UP," he said.

The Noida International Airport will be implemented in four phases and the work on the first phase is scheduled to be completed in 36 months.

The airport is set to be the logistics gateway of northern India and will help establish UP on the global logistics map.

Planned at a strategic location, the airport will help decongest the Indira Gandhi International Airport and cater to the people of Delhi, Noida, Ghaziabad, Aligarh, Agra, Faridabad and neighbouring areas.

Spread over more than 1300 hectares of land, the completed first phase of the airport will have a capacity to serve around 12 million passengers a year.

The development of the first phase of the airport is being done at a cost of over Rs 10,050 crore.

The airport will develop a Ground Transportation Centre that will feature a multimodal transit hub, housing metro and high-speed rail stations, taxi, bus services and private parking. This will enable seamless connectivity of the airport with the road, rail, and metro. (ANI)