Fuel subsidy grantees to get cash cards by December 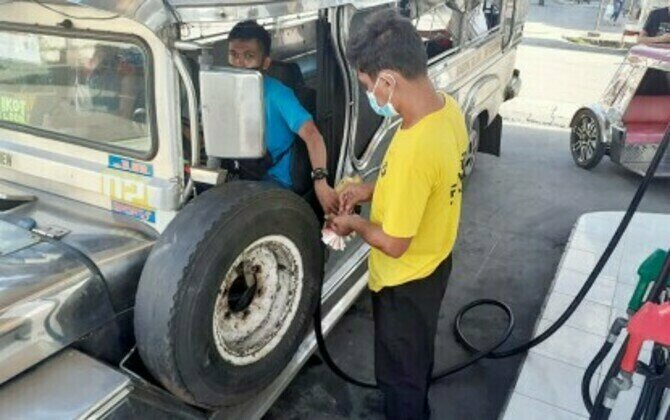 MANILA - All qualified beneficiaries of the government's PHP1-billion fuel subsidy program are set to receive their cash cards and one-time grant by December, an official of the Land Transportation Franchising and Regulatory Board (LTFRB) said Thursday.
In a Laging Handa briefing, LTFRB National Capital Region (NCR) regional director Zona Russet Tamayo said about 85,000 out of the 136,000 beneficiaries of the program - operators of public utility jeepneys (PUJs)- have cash cards through the previous "Pantawid Pasada Program."
The rest, she said, are processed by the Landbank of the Philippines (LBP) and will be distributed nationwide through local branches of LBP.
"Doon sa mga wala pa pong cards, pinipilit ho nating tapusin ho ito (For those who have no cards yet, we are trying to finish this) by month-end so we only have some few days left. So that by the start of December ay mai-distribute na po 'yung remaining cards po sa ating mga (we can distribute the remaining cards of our) beneficiaries -the soonest possible time," Tamayo said.
She said all beneficiaries with active cash cards have been remitted their PHP7,200 one-time fuel subsidy grant -totaling to over PHP560 million.
"More than half of our PHP1-billion budget when we launched it last Wednesday ay nai-credit na po natin doon sa ating mga beneficiaries (has been credited to our beneficiaries)," she added.
While the grant is accessible through the LBP's ATM system, Tamayo said the subsidy can only be used to purchase fuel and is monitored by the LBP.
"Hindi ho ito pupuwedeng i-withdraw sa ATM or gamiting pambili ng ibang gamit at ito po ay strictly fuel subsidy or para lang ho pambayad ng mga binili ho ninyong krudo (This cannot be withdrawn through an ATM or used to purchase other items. It is strictly a fuel subsidy, only used for purchasing fuel)," she said.
If the funds are used for anything other than fuel purchases, Tamayo said the LBP will flag the erring transaction and the beneficiary will be summoned by the LTFRB.
"Makaka-apekto rin ho ito sa mga subsequent po sanang fuel subsidy program po ng ating gobyerno dahil pinag-uusapan na rin ho iyan for next year na kung maaari hong maipagpatuloy ho natin ang ganitong programa (This will affect the government's subsequent fuel subsidy program because we are discussing if we could continue this kind of program next year)," she added.
On Wednesday, the LTFRB, the Department of Transportation, the Department of Energy, the Department of Budget and Management, and LBP signed a joint memorandum circular to mark the program's official launch.
During the event, Tamayo said a total of 78,000 PUJ operators have so far been remitted their one-time fuel subsidy grant. (PNA)
}