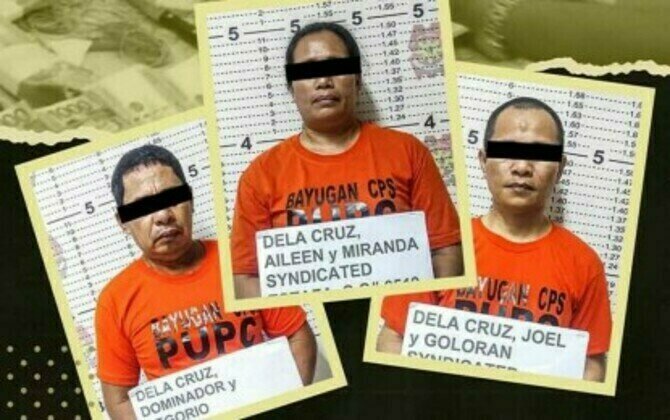 "The arrest warrants were implemented on Wednesday afternoon after our police personnel in Bayugan City received information on the presence of the three suspects in Prosperidad, Agusan del Sur," Tumulak said.

She added that the three were in hiding for more than a year after their arrest warrants were issued.

They were arrested in their respective residences at about 5:30 p.m. on Wednesday, Tumulak said.

He said the Forex trading firm is one of the Ponzi investment schemes that victimized residents in the region.

He urged the residents in the region not to be enticed by any investment scheme that promises high returns.

"The Philippine National Police in Caraga will implement the full force of the law to stop any fraudulent schemes and put them behind bars," Caramat said. (PNA)