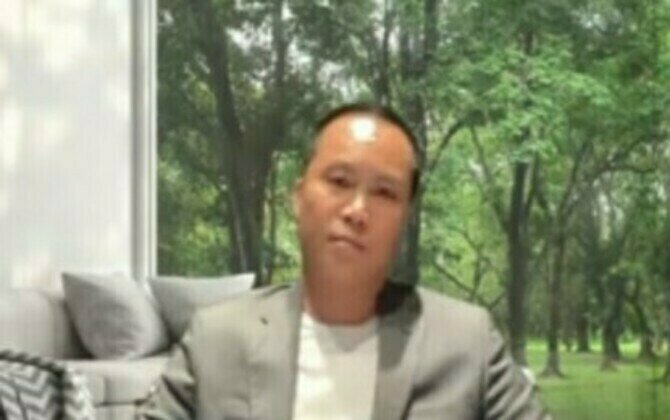 MANILA - President Rodrigo Duterte's former economic adviser and businessman Michael Yang on Thursday has asked the Supreme Court (SC) to void the arrest orders and the lookout bulletin issued against him by the Senate and the Bureau of Immigration (BI), respectively.

Yang, in his petition filed by his counsel Raymond Fortun, asked the high court to nullify the Sept. 7, 2021 and Sept. 10, 2021 arrest orders issued by the upper chamber and the BI's lookout order, in connection with the ongoing probe by the Senate Blue Ribbon Committee into the government's procurement of supplies during the onset of the coronavirus pandemic last year.

Yang said the acts of the lawmakers were "in violation of his rights under Article III of the 1987 Philippine Constitution," adding that the Senate was treating him as an outright criminal in its proceedings.

"Apparently in the exercise of its oversight function, the respondent Senate Committee has instead acted with grave abuse of discretion amounting to a lack or excess of jurisdiction in treating resource persons as if, nay, worse than an accused in regular court proceedings, unrightfully judging their guests as 'lying' at the slightest hint of inconsistency and completely ignoring any explanations made," Yang said in his petition.

He also complained that the Senate had deprived him and the other resource persons "of their constitutional right to counsel by refusing to recognize the latter, thus perpetuating an adversarial scenario where 'witnesses' are subjected to compound/complex or vague questions, and exposed to bullying or badgering that would have otherwise been obviated by timely objections by counsel,".

The petition also questioned the Senate's order compelling him to reveal his properties, corporate papers, and business transactions "despite the same not having any connection to the matter in inquiry, including asking about his supposed links to illegal drugs despite the sheer absence of evidence of his engagement therein".

"Acting with grave abuse of discretion amounting to a lack or excess of jurisdiction, the respondent Senate Committee has allowed itself to be used by its chairman as an unrestrained pulpit in his word war with President Rodrigo Duterte, thus revealing a malevolent intent to shame the petitioner in order to hit back at the President," Yang's petition read.

The Commission on Audit (COA) has earlier clarified that no money was lost on corruption over the issue and that the government's emergency procurement of pandemic is consistent with existing laws such as Republic Act (RA) 9184 or the Government Procurement Reform Act, Government Procurement Policy Board issuances (GPPB), and other further of RA 11469 of Bayanihan to Heal As One Act.

Despite the COA's pronouncement, the Senate Blue Ribbon Committee chaired by Senator Richard Gordon started conducting hearings that it announced as a "motu proprio Investigation on the 2020 COA report and other issues related to budget utilization of the DOH, especially its expenditures related to the fight against Covid-19".

Yang reportedly has ties with local firm Pharmally Pharmaceutical Corp. that bagged some PHP8.68 billion worth of deals for pandemic response with the Procurement Service of the Department of Budget and Management (PS-DBM) last year -- the issue which is at the center of the Senate probe.

"The bottom line is that even after 14 hearings, except for wild accusations that it feeds to the media, the respondent Senate Committee has miserably failed to come up with any amount (PHP1.00? PHP100? PHP100,000? PHP5 Billion?) that Petitioner had lent to Pharmally Pharmaceutical or any supplier to reflect a financial interest in the portion of the National Budget allocated under the Bayanihan Heal as One Act," the petition said. (PNA)