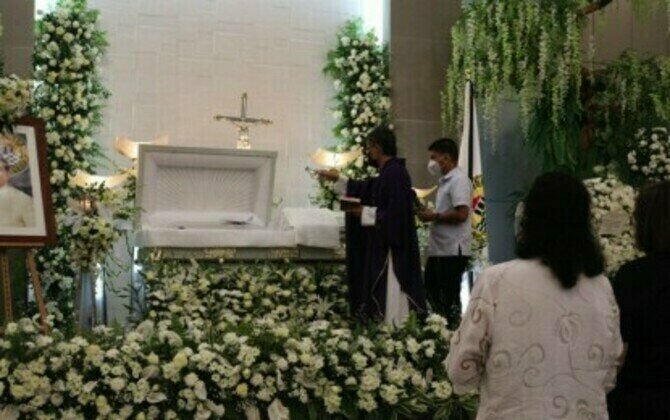 CEBU CITY - The city government here has assured that all systems are in place for Mayor Edgardo Labella's funeral on Friday, advising the public that a long line of vehicles may produce temporary traffic jams.

Councilor David Tumulak said in a press briefing Thursday that there will be a eulogy at around 8 a.m. at the Cebu City Hall, after which a foot procession will bring the remains to the Cebu Metropolitan Cathedral at 11 a.m.

From the city government center, troops from the Philippine Navy will serve as pallbearers during the foot procession to the cathedral.

After the noon requiem mass, pallbearers from the Philippine Army will place Labella's remains on a flat truck, to be brought from the cathedral to the Golden Haven Memorial Park in Barangay Talamban.

The procession will be held along P. Gomez St., D. Jakosalem St., Colon St., then Osmena Boulevard, passing by the Fuente Osmena Rotunda up to the Cebu Provincial Capitol.

From the capitol, the procession will take Escario St. before turning right at the Gov. Roa Ave., then all the way to Minoza St., the known Banilad-Talamban corridor straight up to the private cemetery.

"We are calling on the people, especially Labella's supporters, relatives and friends to please stay at your place's roadside to wait for the mayor's remains to pass by in your area," Tumulak said in Cebuano.

He said the city is expecting more than 40 buses and coasters (20 from the city hall and the others from the barangays) and over a hundred private vehicles joining the procession, as he encouraged those who havetheir own vehicle to just resort to car-pooling to minimize traffic obstruction.

The city is also expecting national government officials at the city hall to pay their last respects to Labella, who passed away while in service as a local chief executive, Tumulak said.

Government troops, he added, will provide military honors through a "volley of fire" and taps befitting a mayor.

"Those who have important business to attend to, kindly do it in advance to avoid being caught up in traffic. Please expect road closures but these are all temporary. As soon as the vehicle convoy passes through, junctions and roads closed for the mayor's funeral will be restored right away," Tumulak said. (PNA)