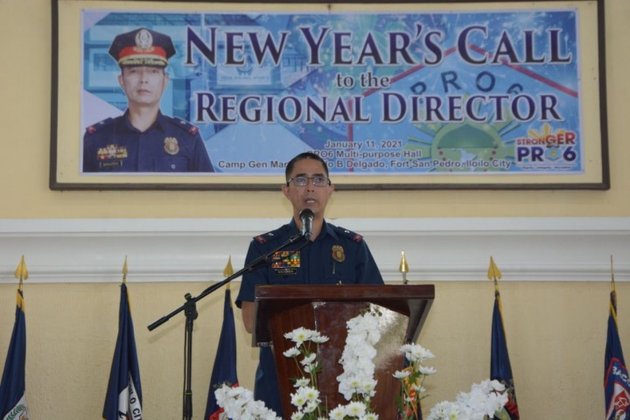 The courtesy call to their commanders is a PNP tradition which symbolizes the callers' commitment and support for the rest of the year.

Improved and better services and accomplishments were also emphasized by Miranda in an interview with members of the media.

In particular, Miranda said PRO6 will sustain its efforts in crime reduction and operations against illegal drugs, illegal gambling and all forms of illegal activities.

Miranda said that he will be giving incentives to units who will deliver significant accomplishments in focused police operations.

"Through the reward system, the units will be motivated to accomplish more," he added.

In his speech, Miranda thanked all the personnel of PRO6 in all the accomplishments for the year 2020, said Malong.