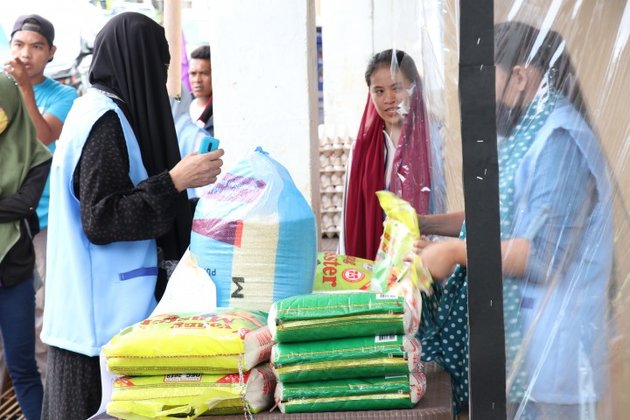 The two satellite markets are now operating in Sagonsongan and Boganga transitory sites to bring basic commodities to around 2,000 internally displaced families, as well as, families originally residing in the barangays located in the periphery of the city.

"This activity is part of the response project of UN-HABITAT because, during this pandemic time, there is a necessity to help Marawi again," said UN-Habitat Project Manager Warren C. Ubungen.

The three-month project dubbed "Covid-19 Response As We Rebuild Marawi" is funded by the UN-Habitat's Global Emergency Response Fund. It is being implemented in partnership with the Task Force Bangon Marawi (TFBM), City Government of Marawi, and Marawi Sultanate League.

TFBM Field Office Manager Assistant Secretary Felix Castro Jr. said the setting-up of satellite markets and mobile stores will not only help displaced families in the transitory shelter, but it is also an opportunity for the cooperatives to sell and make a living.

"Malaki ang pasasalamat namin sa UN-Habitat sa patuloy nilang pagtulong (We are very grateful to UN-Habitat for their continuous assistance)," said Abdulrahman Mangondacan, a member of the cooperative that will operate one of the mobile stores.

The UN-Habitat emergency response project was launched on April 27, 2020 with the turnover of the first tranche of personal protective equipment and disinfectant supplies to the city government of Marawi for distribution to frontliners, especially those assigned in the quarantine checkpoints. The other components of the project are set to be implemented in the coming days. (APB/PIA ICIC)

WASHINGTON, DC - The United States continues to court it's host country in the Arabian Gulf, despite Qatar being out ...

DUBLIN, Ireland - The Irish government has taken drastic action to curb the spread of the coronavirus disease Covid-19 in ...

More than 100 million Americans to lose use of WeChat, TikTok apps

The Trump administration issued a sweeping ban Friday that will begin barring downloads and use of the Chinese-owned mobile apps ...

WASHINGTON, DC - U.S. Supreme Court Justice Ruth Bader Ginsburg who has been regarded as an iconic champion of women's ...

The global hunger crisis caused by conflict and now compounded by COVID-19 is moving into a dangerous phase, the head ...

Exploring the most promising locations for extra-terrestrial life

The Earth's biosphere contains all the known ingredients necessary for life as we know it. Broadly speaking these are: liquid ...

Trump's executive order to ban TikTok heading for the courts

TEHRAN (Tasnim) - TikTok has asked a federal judge in Washington to block the Trump administration from enacting a ban ...

NEW YORK, New York - U.S. stocks wrapped up weekly losses for a third week in a row on Friday, ...

Arm, the Cambridge-based microchip designer is a British tech success story. The firm designs software and semiconductors that are used ...

SYDNEY, NSW, Australia - Stocks in Asia broadly rose on Friday in a positive end to the week.The Australian bourse ...

Thai government considering partners other than China for Kra Canal

BANGKOK, Thailand - In a major blow to China, Thailand has claimed that many countries including India, the U.S., as ...