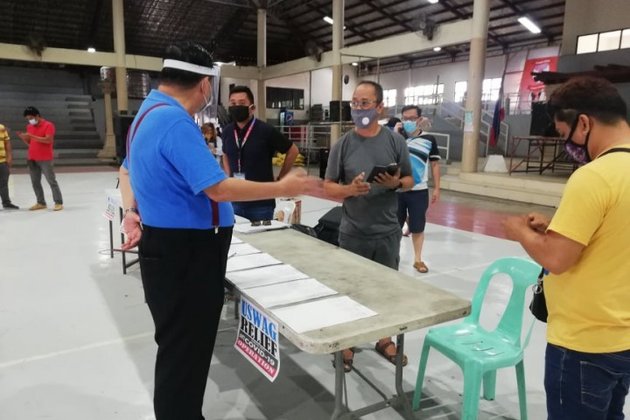 ILOILO CITY, March 26 (PIA6) -- The Iloilo City government has established numerous initiatives in order to ensure that residents and workers in Iloilo City are provided with basic necessities amid the Corona Virus Disease 2019 (COVID-19) crisis.

In his official Facebook Page, Iloilo City Mayor Jerry Trenas said the city government has set four initiatives that will provide food and lodging for Ilonggos during the pandemic.

"The city government is doing everything within its control to make life a little better for everyone," he said.

One of the initiatives is the "Uswag Kitchen Patrol" which provides food and meals to the frontliners, including the city health workers, medical team, misting and sanitation team, Public Safety and Transportation Management Office, Iloilo City Emergency Responders, Philippine Coast Guard, Mayor's Office team and the logistics personnel.

The "Uswag Community Kitchen" aims to set up 240 kitchens all over the city with a ratio of one kitchen per Daycare Center.

"Our parent leader mothers and Daycare workers will be the ones to lead the operations," Trenas said, adding that some of the donations received by the city government will be utilized for this initiative.

Meanwhile, through the "Uswag Relief Operations," relief goods will be distributed to the barangays through their Punong Barangays.

"We have already started this last Sunday, and we make use of whatever we receive on a daily basis," he said.

Following the discrimination encountered by medical frontliners, the local chief executive made sure to establish the "Uswag Dorms."

"Because of the discrimination they get from several people, the city, with the help of the different hotels, was able to provide temporary shelter for them," he said.

He added that they have already given instructions to operationalize the "cash-for-work" for the Ilonggos, especially those individuals in the informal sector who lost their jobs. (JSC/LTP/PIA-Iloilo/Thumbnail Photo courtesy of Iloilo City Government)

TEL AVIV, Israel - The Jewish state is coming under pressure over the growing humanitarian crisis in Gaza, which is ...

Trump companies to be included in Covid-19 bailout package

WASHINGTON, DC - As part of the $2.2 trillion stimulus bill signed into law after it passed the House of ...

In an extraordinary statement titled "On the Political Impasse in Afghanistan," Washington has admitted to the failure of Secretary of ...

Dozens of sailors on board USS Teddy Roosevelt have Covid-19

BEIJING, China - Despite the lockdown in Wuhan scheduled to end on 8 April, China on Friday imposed a ban ...

LONDON, UK - British Prime Minister Boris Johnson has contracted the novel coronavirus, according to a tweet he posted on ...

KANPUR, Uttar Pradesh, India - Several truck drivers, many with goods loaded on their vehicles, have been stuck in Uttar ...

NEW YORK, New York - U.S. stocks were sold off sharply on Friday, despite the House of Represnetatives passing a ...

The coronavirus crisis has turned the fact that we don't make anything in America anymore from a topic for philosophical ...

SYDNEY, Australia - Shares were decidedly mixed across Asia on Friday. In Japan they soared in value. In Australia they ...

BRUSSELS, Belgium - The European Parliament on Thursday evening passed a $40 billion emergency package to help countries and their ...