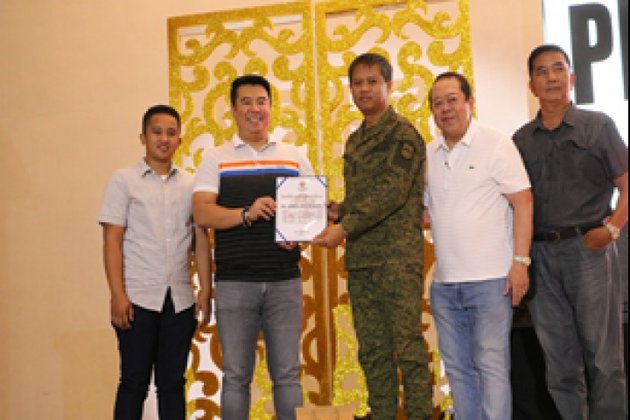 VIGAN CITY, Nov. 8 (PIA) - -Village officials in Ilocos Sur supported the 'persona non grata' declaration of the members of the Provincial Peace and Order Council (PPOC) of Ilocos Sur against the Communist New People's Army Terrorists (CNT) in the province.

This developed when at least 585 village chairmen from the 34 local government units in the province signed a covenant denouncing the presence of CNT in their barangays during the barangay chief executives forum organized by Governor Ryan Luis V. Singson.

Singson said on Wednesday that the provincial government had collaborated with the army and the Department of the Interior and Local Government (DILG) for the successful conduct of the forum on October 30, 2019, at Vigan Convention Center.

"We conceptualized this forum to institutionalize our all-out support and commitment to the Executive Order 70 or the whole of nation approach to end the local communist armed conflict (ELCAC) in the country," Singson added.

Singson tapped the support of the village officials to the campaign considering them as the major players in maintaining peace and development in their respective barangays.

To efficiently address the security and safety needs of the people in the barangays, Singson asked the village chairmen to closely coordinate with the police, the army, and other concerned government agencies.

Singson reiterated that the forum was initiated to empower the barangay captains as the catalyst of peace and development in their respective communities, as well as, enhance their awareness of various and current government programs of the national government.

"We appreciate the efforts of the Philippine Army in sustaining peace and development in our area, and through this forum, we are informed of pressing challenges imminent towards attaining peaceful and secured communities within our respective localities," Singson said.

For his part, Major General Lenard T. Agustin, the commander of army's 7th Infantry Division which jurisdiction covers Ilocos Sur also, lauded the initiative of Governor Singson for rolling out the advocacy on the concepts of EO 70 in the province. (JCR/FGL, PIA1)