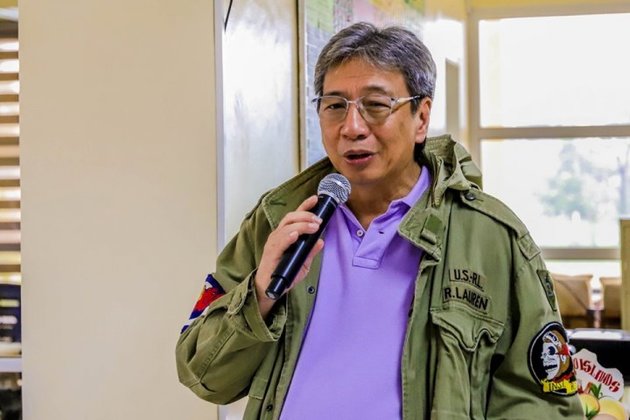 CITY OF ILAGAN, Isabela, Oct. 10 (PIA) - The Local Chief Executive of this province has ordered the total ban on the entry of swine and all fresh, frozen, and processed pork products in the province.

Gov. Rodolfo Albano III signed Executive Order No. 46 as manifestation of his desire to prevent the entry of African Swine Fever-affected meat products in Isabela.

Albano said in his order that it is the policy of the State to promote a just and fair environment for trade and other economic activities and provide effective mechanisms or measures to promote the well-being of its citizens, their livelihood, and the economy.

"Following the reported incidents of hog mortality in certain areas in the Philippines, and cases of African Swine Fever in some Asian, European and African countries, the LCE of this province issued Executive Order No. 25-A in August 26, 2019, creating a task force to establish monitoring and quarantine of livestock for the control and prevention of African Swine Fever in Isabela," Albano said.

He said that the Department of Agriculture recently confirmed that the highly-infectious African Swine Fever caused the death of pigs in atleast seven villages near Manila and most recent news reports have placed the number of pigs culled in the Luzon provinces of Rizal and Bulacan have reached 7,400 with more provinces such as Pangasinan reporting similar cases.

"Isabela hosts some of the biggest hog raisers in the country and more aggressive measures need to be implemented to prevent the infection from reaching local farms and disrupting economic activity in the province," the governor added.

Albano directed all Local Chief Executives, the Isabela Police Provincial Office and the Task Force to ensure the application of laws, ordinances, and other issuances in the implementation of Executive Order 46. (ALM/MGE - PIA-2/Isabela)

59% of Venezuelan housholds not in position to buy enough food

CARACAS, Venezuela - Hyperinflation in Venezuela means that roughly one-third ofthe population more than nine million people do not get ...

The Crown has been check-mated by the hiatus in the George Pell case. According to the prosecution the complainant was ...

A senior International Olympic Committee member said this summer's Tokyo Olympics could be canceled if the coronavirus is not under ...

Iran slow to hold security forces to account over protests

BEIRUT, Lebanon - Iranian authorities have failed to hold security forces accountable for excessive and unlawful use of lethal force ...

WASHINGTON, DC - The number of coronavirus cases in South Korea skyrocketed to 833 on Monday, a roughly 27-fold increase ...

SYDNEY, NSW, Australia - It was another bearish day on Asian stock markets on Thursday.Global markets continue to lose ground ...

Could coronavirus really trigger a recession?

Fears are growing that the new coronavirus will infect the U.S. economy.A major U.S. stock market index posted its biggest ...

Selling frenzy on Wall Street runs out of steam

NEW YORK, New York - U.S. stocks were flat to lower on Wednesday as investors and traders started to take ...

MOUNTAIN VIEW, California - Google on Wednesday announced it will invest more than $10 billion in offices and data centers ...

Walt Disney's world to be headed by Chapek

Global esports revenue is set to exceed $1 billion in 2020, according to a report Tuesday from Newzoo."The esports market ...