Siquijodnons told to be vigilant vs dengue 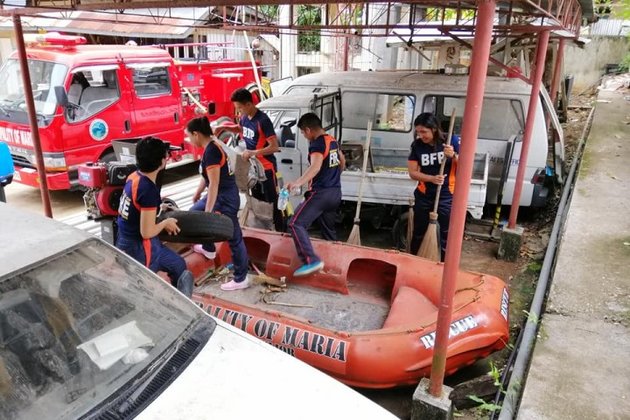 SIQUIJOR, Aug. 30 (PIA) -- Dengue cases in Siquijor province have not reached an alarming level but people should remain vigilant.

Bucol said there is not a big number of dengue cases in the province compared to last year and "we pray that it will never reach an alarming level."

Bucol advised parents to immediately report to the hospital any suspected cases of dengue, but clarified that it is also the right of the parents to choose the best hospitals for their children.

"Although we are trained on the management of dengue, but in cases when the platelet is already lowered to less than 100, we cannot stop them from being alarmed and seek hospitals with better services and facilties. It is their choice," Bucol said as she admitted that Siquijor provincial hospital is under level one facility with only 15 doctors to cater to the population of around 94,000.

Following the national dengue alert warning raised by the Department of Health (DOH), the IPHO together with the rural health units (RHUs) in the six municipalities have intensified its call to all the provincial, municipal, and barangay leaders and the public to support the clean-up drive.

Health Secretary Francisco Duque III urged local officials down to the barangay level "to raise awareness among the public, and more importantly in communities where signs of early dengue increases are evident."

A clean-up drive is conducted in the province every Friday starting Aug. 23, 2019 at 4:00 p.m. in line with the implementation of the Search and Destroy Mosquitoes' Breeding Places or the "Sabayang 4 O'clock Habit para Deng-Get Out".

Massive search and destroy is conducted in all breeding sites.

As reported earlier, DOH records show 106,630 dengue cases, including 456 deaths, throughout the country from Jan. 1 to June 29.

DOH has called on LGUs and the public for their support to ensure that discarded materials, especially those that can hold water, are properly disposed of to prevent the disease from becoming an outbreak.

Zero Waste, an advocacy group, stated: "Reckless disposal of anything that can store water such as discarded tires, cans, bottles, plastic bags, and snack packs can serve as a breeding ground for Aedes Aegypti."

"If not kept dry and properly maintained, mosquitoes can also breed in recyclable materials that we sort and collect at home, store at school, market, and barangay material recovery facilities, and even those we send to junk shops," the group added.

Aedes Aegypti mosquitoes can also breed in water containers such as tanks, drums and pails without covers, flower vases, in plates under potted plants, rain gutters, and in other artificial or natural water containers, the group said. (rac/PIA7-Siquijor)