Siquijodnons urged to be vigilant vs trafficking in persons 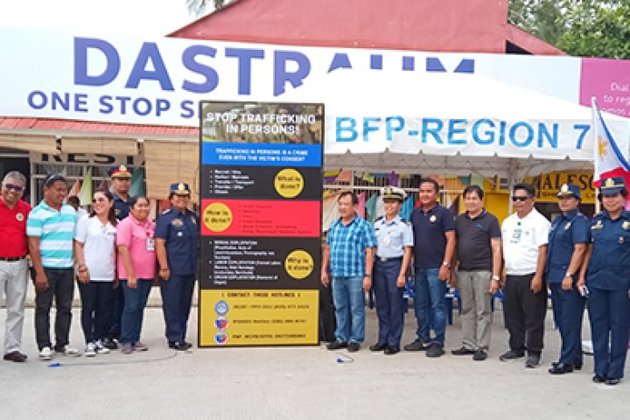 SIQUIJOR, Oct. 7 (PIA) -- Siquijor Gov. Zaldy S. Villa urged all Siquijodnons to be vigilant in keeping watch and reporting immediately to the proper authority any untoward incidents happening in the province.

This he said at the recent Ceremonial Unveiling of the Anti-Trafficking in Persons (TIPs) advocacy poster of Siquijor province's campaign against human trafficking.

"As our socio-economic-tourism industry progresses and flourishes, prostitution, forced labor and slavery, sex tourism, sexual exploitation and pornography will likely happen due to mixture of culture, moral and socio-economic orientation of various people that are coming to our province," Villa said.

He specially called on personnel at the Philippine Ports Authority (PPA), and stakeholders involved in arrastre services as welll as habal-habal, motor cab, van, and multicab drivers including resort owners and business establishments to immediately report to the police or the barangay officials any untoward incidents so that culprits would immediately be arrested.

Noting that every development or progress is always coupled with risks and dangers, the governor said this requires vigilance from every resident.

"The contribution from the citizenry is more than enough to prevent and protect the tranquility, peace and order of our beloved province," he said.

Anti-Trafficking in Persons Act of 2003 or R.A. 9203 is an act to institute policies to eliminate TIPs especially involving women and children, establishing the necessary institutional mechanisms for the protection and support of trafficked persons, and providing penalties for its violations.

Trafficking in persons refers to the "recruitment, transportation, transfer, or harboring, with or without the victim's consent or knowledge, within or across national borders by means of threat or use of force, or other forms of coersion, abduction, fraud, deception, abuse of power, or of position, taking advantage of the vulnerability of persons, or the giving or receiving of payments or benefits to achieve consent of a person having control over another person for the purpose of explitation," states Section 3 of RA 9203.

It includes, at a minimum, the exploitation or the prostitution of others or other forms of sexual exploitation, forced labor or services, slavery, servitude or the removal or sale of organs. (rac/PIA-7/Siquijor)