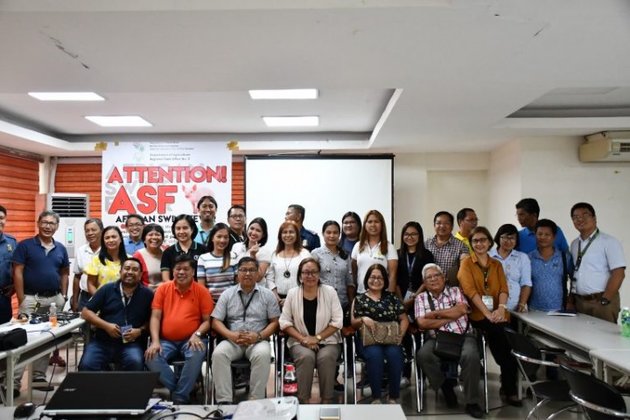 TUGUEGARAO CITY, Cagayan, Sept. 10 (PIA) - - Amid the rise in pig mortality in some parts of the country due to African Swine Fever (ASF), the Department of Agriculture-Bureau of Animal Industry (DA-BAI) created a task force to ensure that no infected pork and pork-based products will enter the region.

The task force is composed of the Department of the Interior and Local Government, Office of the Civil Defense, Bureau of Animal Industry, Philippine National Police, National Meat Inspection Service, private hog raisers, different stakeholders, and the provincial and local government units through their veterinary offices.

Edillo said part of the enforcement duties of the task force is to strengthen the region's quarantine checkpoint areas particularly in Sta Fe and Kayapa towns of Nueva Vizcaya, Nagtipunan in Quirino and Sta. Praxedes in Cagayan.

"Some initial measures have been done to check the major entry and exit points in the region. Even the major seaports and an international airport were part of the plan to ensure that no products coming from the carrier of ASF neighboring countries will enter our lands," Edillo said.

For his part, Zaldy Olivas, head of the Regional Quarantine Division, said they have immediately augmented their forces in the established quarantine checkpoint areas to strictly monitor the entry of swine and pork products in the region.

Isabela province has established a second line of checkpoint in Cordon town to further strengthen the quarantine measures of BAI.

Aside from strengthening the quarantine operations, the task force will also conduct surveillance and massive information campaign to educate hog raisers on how to prevent ASF infection in their communities.

Olivas, however, clarified that the Cagayan Valley region is still free of the disease amid confirmation of DA Secretary William Dar that the ASF has entered the country.

"We also urge hog raisers to exercise good livestock practices and to monitor their animals for any sign of illness, to isolate sick animals, and to consult the veterinarian immediately," Olivas said.

Olivas also encouraged LGU officials to issue an executive order for a temporary total ban on the enrty of pork and pork products in the region. (ALM/OTB/PIA-2 Cagayan)