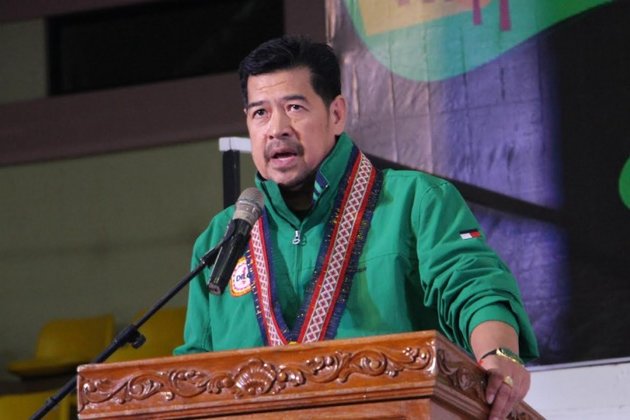 LEGAZPI CITY (PIA) - To usher participatory governance and address pressing issues in Bicol Region, the recently held dialogue dubbed as 'Dagyaw sa Bicol' opened an avenue for engagement and convergence of the government and the people.

Organized by the Department of the Interior & Local Government (DILG), the Department of Budget Management (DBM) and the Presidential Communications Operations Office (PCOO), the dialogue provided an opportunity for government officials to interact with some 800 representatives of various sectors. The event was the 12th leg of the nationwide regional dialogues.

"The activity is mainly a consultation between the people and the national government to address issues in good governance and anti-corruption, trade and economics and the Rehabinasyon program - which are the top issues in the region," said DILG Regional Director Anthony Nuyda.

Nuyda added that "dagyaw" is a Hiligaynon term for "bayanihan," or more specifically the bayanihan spirit. The term refers to a certain attitude of communal unity and cooperation to achieve a particular goal, one of the strengths of the Bicolanos.

"After the consultation, the agencies concerned will come up with a comprehensive response to the issues raised by the people," he said.

"For the past years, we have been working very hard for the future generation of our country to have a comfortable life," said Dino.

Dino urged barangay officials to do their responsibility, saying they ought to ensure a functional Barangay Anti-Drug Abuse Council to strengthen the campaign against drugs and criminality.

Moreover, Dino urged barangay heads to designate a barangay information and intelligence officer who will report updates, issues and concerns in each barangay.

Dagyaw sa Bicol featured a caravan of frontline government services and national programs to communicate and interact with the people in discussing local concerns and the governance reforms of the Duterte administration. (PIA-5)