The traffic problem: Can media help 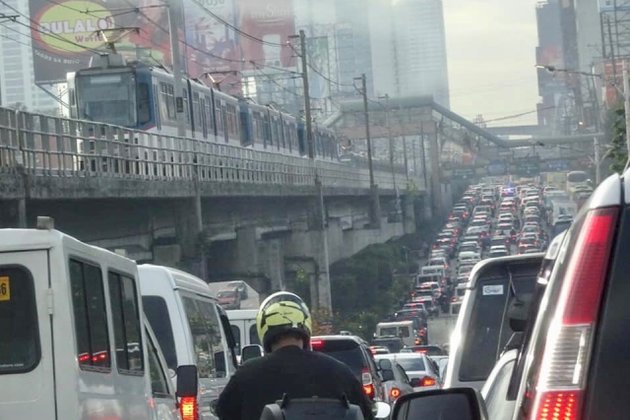 HOW WILL the government solve Metro Manila's worsening traffic problem? The Metro Manila Development Authority (MMDA) is running out of ideas. And it seems all media can do is report the failed attempts, as traffic has worsened dramatically in recent weeks. The obvious reasons are the road building and other ongoing construction on key routes, which may improve conditions in the future; but at this time, aggravate the congestion on the streets.

In 2018, MMDA data showed that vehicles took an average of one hour, 11 minutes and 54 seconds to traverse the entire EDSA at an average speed of 19.26 kilometers per hour. In 2017, it took 56 minutes and 15 seconds. As the lead agency charged with addressing the problem, MMDA must continue to look for solutions, engaging other agencies and the public to test the feasibility of its proposals. For its part, the media must ensure that its reports facilitate this evaluation. Merely recording the announcement of proposed solutions does not do the job.

Solving traffic congestion is among the promises of President Rodrigo Duterte - but the administration has done little to fulfil this promise, which realistically has had little potential for fulfilment based on policy decisions made by government.

The decision to open up the economy to Chinese online gambling has added hundreds of thousands to the commuting population, with POGO workers taken to and from work in private vehicles.

Reporting on this aspect of this industry has been nil. There has also been scant reporting on the feasibility of solutions presented by the MMDA.

The announcement of the provincial bus ban on EDSA missed advising the public about how this was actually going to work. Even before it could be implemented, the plan which involved removing the provincial bust terminals from the entire length of EDSA was stopped with a court-issued preliminary injunction on July 31.

The Senate probe on the provincial bus ban on August 13 revealed that MMDA was unprepared, pushing for its implementation before the integrated terminals were ready to serve for people and busses traveling provincial routes. With its limited authority, the agency could not execute a plan which required other tasks such as revoking business permits of the bus terminals and changing the bus routes around the city.

From August 28 to 30, media reported briefly on two other suggestions: making EDSA a one-way route and banning of vehicles by their make on certain days, the latter a variation of coding cars by license number. With a few exceptions, most news reports merely recorded the suggestions, hardly attempting any kind of evaluation of the effect or impact of the plans.

In its August 30 report, the Inquirer sought the views of Primitivo Cal, executive director of the University of the Philippines Planning and Development Research Foundation who said that while the one-way scheme is being done in other counties, Metro Manila does not have the same kind of roads to make this plan work. Cal cited New York's grid-type road network where roads are parallel to each other, making it conducive for one-way schemes.

The same day, Aksyon featured Rene Santiago, a transport expert, who said that the one-way scheme would only move the traffic onto other roads, causing the build up of vehicles on subsidiary roads.

Online news site Rappler, for its part, reported the view of The Passenger Forum (TPF), a commuter group. TPF said that a one-way EDSA may increase average vehicular speed but the rerouting that this would cause may end up lengthening travel time altogether.

Media could actually close in on some measures already applied to improve traffic.

More Highway Patrol Group (HPG) personnel have been deployed on EDSA. If such personnel ease up traffic, then their posting should not be limited only on EDSA. If government were serious about easing up the metro's terrible traffic, it should invest in the training of more capable traffic enforcers, fielding them in more areas so they can do what can be done to avoid gridlock and the unnecessary slow down caused by stalling vehicles and other issues.

Commenting on this solution, reports quoted Brig. Gen. Eliseo Cruz, HPG director, who pointed to the need for more discipline among motorists. But media should know that discipline can only do so much in the case of traffic build up. Actually, media should be more realistic as well in reporting this issue. There is no one solution and neither are there quick solutions.

There is a need to take the wider lens in covering this longstanding problem, not just in the Metro Manila but in every other major capital in the country. Urban development has for so long gone unchecked with little scrutiny of how development actually creates more traffic. Land use policies should be noted. Government and business have simply allowed growth with little attention given to the problems these create.

For so long, administrations have had to quickly produce quick band-aid attempts, resorting to a piece meal approach to the building of mass transport systems. At this point, media should initiate continuing coverage of alternative capitals that serve mainly for government offices, as they have done in many countries around the world, including the ASEAN.

Media should inquire into how well the Duterte government has integrated traffic issues in its "build, build build" program. Are building of alternative capitals part of the plan? If so how and where? If not, why not?