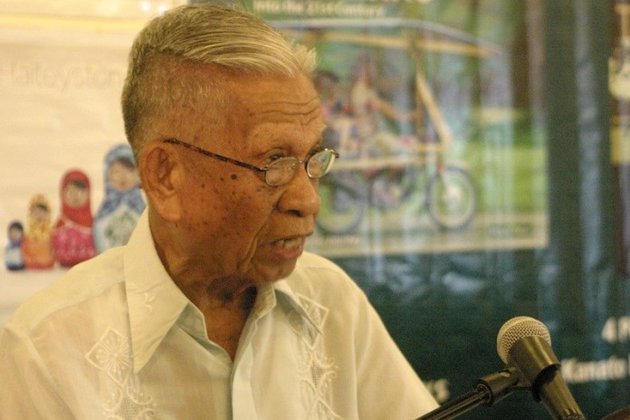 VETERAN JOURNALIST, author and Mindanao chronicler Patricio P. Diaz died on August 29 due to a heart attack. He was 93.

In his early days, Diaz wrote for the Mindanao Cross as a columnist, reporter and editorial writer-on-call from 1952 to 1967, and was its editor for 21 years from 1968 to 1989. Diaz also edited and published the Mindanao Kris from 1989 to 1996; wrote columns for the Mindanao Trend and the SunStar General Santos from 1996 to 2000 and 2000 to 2001, respectively. He also wrote commentaries and short pieces for MindaNews under the banner "Comment" and "Mind Da News.". ("Journalist Patricio P. Diaz, chronicler of Mindanao history since 1952, writes 30")

As an author, Diaz published five books on Muslim autonomy, the conflict in Mindanao and the peace process.

In 2002, he was honored with a "Lifetime Achievement Award" by the Titus Brandsma Awards for his "commitment to education and public information as a journalist, educator and peace advocate." Diaz was also the recipient of the 1st Agong Award from the Mindanao Media Forum in 2010.

Diaz is survived by his wife Lucy, their 9 children, four grandchildren and a great granddaughter.