Panukulan town in Quezon province gets sea ambulance from DOH 4A 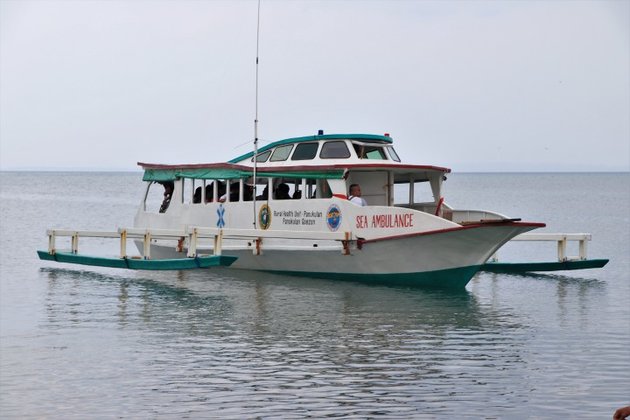 CALAMBA CITY, Laguna, Sept. 10 (PIA)--Patients in the far-flung areas in Panukulan and the Polillo group of islands can now have access to mainland hospital in Quezon province as the Department of Health Region 4A formally turned over the Calabarzon's first sea ambulance on Friday, September 6.

The sea ambulance purchased by the DOH Region 4A under its Health Facilities Enhancement Program targets to provide medical transport for patients living in island communities, classified as geographically isolated and disadvantaged areas by the health department.

DOH Region 4A Regional Director Eduardo Janairo during the turnover ceremony said that patients from island communities serviced by the sea ambulance would be transported to the Claro M. Recto Memorial hospital, a 25-bed capacity health facility located in Infanta town.

According to the DOH Region 4A, the sea ambulance can transport patients from Panukulan to Infanta within 45 minutes in good weather condition.

He added they have yet to furnish the needed medical equipment and emergency kits that will be placed in the sea ambulance and that they "will endeavor to acquire them immediately to complete its emergency care services."

Janairo also emphasized the purchase of the sea ambulance is part of the strengthening the healthcare system in Calabarzon. He also stressed that it is largely possible due to taxpayer's money.