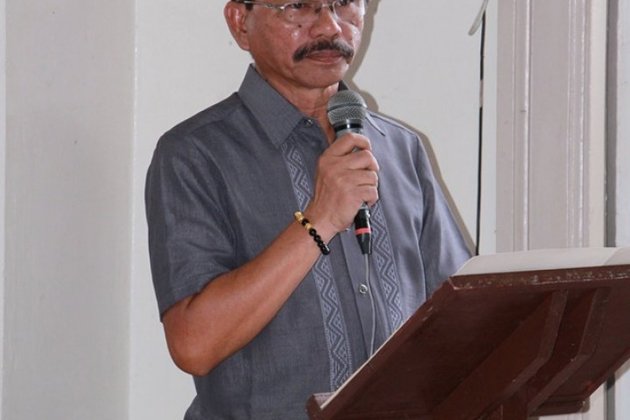 Governor Corvera lauded the 23IB in ending local communist armed conflict in its area of operation. He said the humanitarian activities and youth sector engagements prevented the NPA recruitment, hence, he was optimistic and elated as he expressed full support to the advocacy of the unit.

"You give your lives to your country, and I admire you for that, civilians like us must be grateful to the services you gave to the Filipino people. The AFP and PNP now have been very professional and disciplined. You offered your lives but it should not be you who will sacrifice because of the inadequate government services," Corvera said.

Corvera also enjoins local officials to complement and also support the troops because insurgency problem is not only a sole responsibility of the AFP and PNP but it is the fight of everybody.

"As your governor of Agusan del Norte, I am committing my full support not only to the fight against insurgency but also for your operations. I will do my best to squeeze a part of my resources so that every LGUs will immerse in the Barangays and deliver prompt and appropriate services to the people," Corvera added.

Meanwhile, 23IB Commanding Officer Lt. Col. Francisco Molina welcomed the assurance of support to the unit and conveyed his sincere gratitude to the governor.

"Due to the support from the provincial government of Agusan del Norte, the 23IB "Masigasig" Troopers will exert its best efforts to accomplish its mission in defeating the threat group and end the local communist armed conflict in its area of operation particularly in Agusan del Norte," Molina added. (1Lt. Roel T. Maglalang, CMO Officer, 23IB PA/PIA Agusan del Norte)