Classes, gov't. work suspended in Pangasinan due to rains 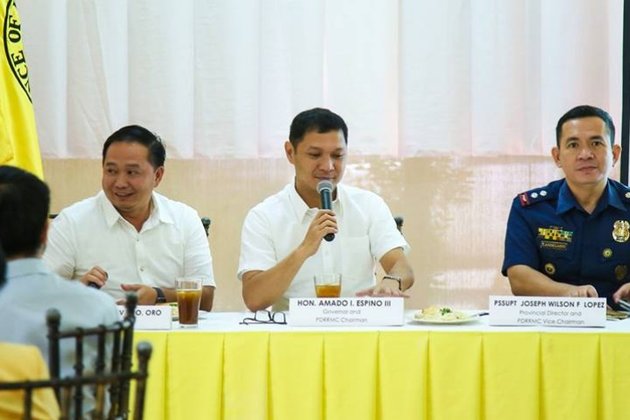 DAGUPAN CITY, Sept. 9 (PIA) - Incessant rains spawned by the prevailing southwest monsoon (habagat) led to the cancellation of classes and even suspension of work in government offices in Pangasinan this afternoon of Monday, September 9.

"To ensure the safety of the students and in accordance with the Malacanang Executive Order No. 66, s. 2012, I, as the PDRRMC Chairman, hereby declare a province-wide cancellation of afternoon classes in all levels, both private and public schools, as well as work in all local government offices and national government agencies, except those involved in disaster monitoring and emergency response, this afternoon, Monday (September 9, 2019)," Espino said in the memo.

"The suspension in private companies and offices is left to the discretion of their company executive officers, taking into account the safety and convenience of their employees," he added.

Dagupan City, a chartered city in the province, also cancelled classes in all levels and work in local and national government offices within Dagupan starting 2 P.M., except for departments related to disaster response.

Meanwhile, the Metro Dagupan Bankers Association declared early dismissal or shorten working hour up to 1 P.M. for all its member banks due to inclement weather.

According to the Provincial Disaster Risk Reduction and Management Office, the San Roque Dam is at 265.29 meters above sea level as of 5 A.M. with no gates open. (JCR/AMB/PIA Pangasinan)