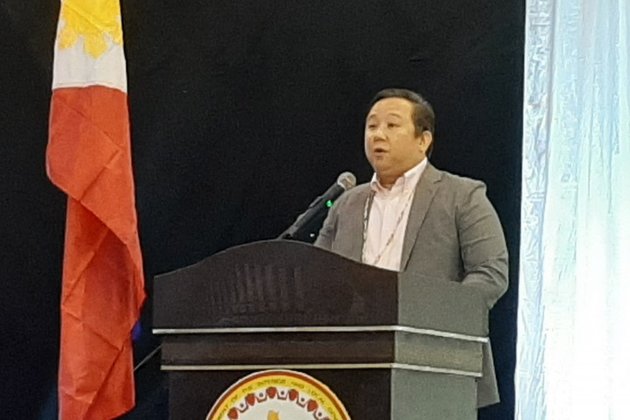 ILOILO CITY, Sept. 6 (PIA) - - Issues revolving on health, employment and general development were the focus of the discussion during the recent regional town hall meeting held at the Iloilo Convention Center here.

Close to 700 participants from various sectors in the region gathered to interface with senior government officials during the event dubbed as "Dagyaw" Open Government and Participatory Governance Regional Town Hall Meeting conducted by the Participatory Government Cluster (PGC) through the Department of the Interior and Local Government, Department of Budget and Management (DBM), the Presidential Communications Operations Office (PCOO) with the support of the Philippine Information Agency.

PCOO Undersecretary Marvin R. Gatpayat said that the government pushed its transparency through the Freedom Of Information (FOI) which opens to the people relevant documents and data except those involving classified national security matters, among others.

Gatpayat said that the people through this event are afforded to express their views where these could also be used for the government's policy and decision making.

For her part, DBM Usec Janet B. Abuel said that PGC was created through Executive Order No. 24 with the aim of enhancing citizen's participation in governmental processes

"Ultimately, all legitimate issues, concerns and suggestions arising from town hall sessions are considered in the implementation of program and projects or the formulation of guidelines and other policies of government agencies," Abuel said.

She added that President Duterte's administration has created more spaces for public dialogues and government response.

The Freedom of Information, she said, pushed government's transparency with more than 14,109 requests from the public and, based on the data from the FOI portal, the people's clamor for information about the national budget, health, infrastructure, traffic, poverty incidence, and employment statistics

"Out of all the requests received 42 percent were completely acted upon as of May 2019 with the DBM, DOE, DOF, DOH, and DOJ as the top five performing and most responsive FOI implementing agencies.

DILG ASEC Roosque B. Calacat, during the event, emphasized the need to strengthen the Anti-Drug Abuse Councils, and likewise to support the government's Bahay Silangan program and the DILG Community-Based Drug Rehabilitation Program in order to provide hope and deliverance to the victims of the drug menace.

Calacat called on the participants to participate in the prevention of terrorism and criminality.

"There is a need to recalibrate the Whole of Nation Approach through EO No. 70 which gave birth to the creation of the national task force that would work out a mechanism to help end the local communist armed conflict," Calacat said.

He said that part of the continuing effort of the DILG in the implementation of EO 70 is to identify and address governance gaps and bring government programs and projects to the community.

The DILG Assistant Secretary said that the "the dissolution of the insurgency problem does not lie in military efforts alone. It requires collective actions where good governance must be at its forefront".