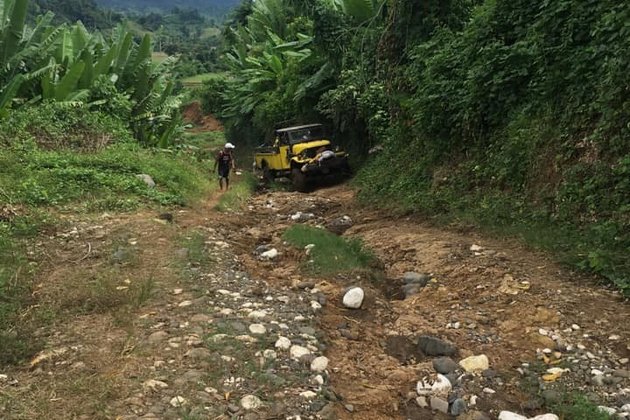 RIZAL, Cagayan, August 13 (PIA) -- Residents of three barangays composing the Zinundungan Valley in this town were elated when the town's vice mayor informed them that their decades-long plight for road concreting in the area has been answered.

This after, Vice Mayor Joel Ruma, informed the residents of Barangay Masi, San Juan, and Bural--the three barangays that composed the Zinundungan Valley--that he had a meeting with the new regional director of the Department of Public Works and Highways (DPWH) in region 2, Engr. Loreta M. Malaluan on Aug. 9 and lobbied the said project.

Ruma said, in compliance to Executive Order No. 70 or the call for the "Whole-Of-Nation" approach to end of Local Communist Armed Conflict, insurgency-influenced areas such as the Zinundungan Valley are priority areas in terms of infrastructure development.

As a result of the meeting, Ruma said he is very thankful to the DPWH for allotting P76 million fund for this year.

The road, which was considered as a "farm-to-market road" was converted as a national road in 2014 through Cagayan Second Distrcit Representative Baby Aline Vargas-Alfonso. The road now is called Logac-Lasam-Gagabutan National Road.

At present, the construction of bridges in the areas are ongoing which were funded in 2016.

Also, Ruma said the regional director of DPWH promised that if the region has savings for 2019, it will all be realigned for the Logac-Lasam-Gagabutan National Road project.

Once completed, the Logac-Lasam-Gagabutan National Road will connect the towns of Rizal and Lasam and will provide better access for the residents of the three barangays including in the latter area, to transport their products going to and from the poblacion proper.

Gason said everyday, she has to walk three hours from their house going to barangay Gagabutan before she rides a tricycle going to their poblacion.

On the security of the contractors who will win in the bid, Ruma assured that he will coordinate with the officials of the 17th Infantry Battalion, 5th Infantry Division, PA to provide security 24/7.

Ruma said once the concreting of the road is completed, the energization of the three barangays and the establishment of telecommunications tower in the area will follow.

As to the telecommunications provider, the vice mayor said there were already telcos that signified their intention to establish their communications tower.

On the other hand, the vice mayor said, as soon as President Rodrigo Duterte signed the EO 70, he said they already passed a joint resolution together with the Liga ng mga Barangay declaring CPP communist groups and its allies as persona non grata in Rizal town. (MDCT/PIA 2-Cagayan)