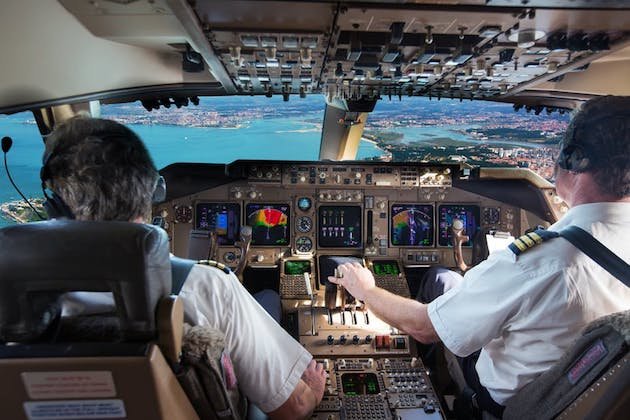 DUBLIN, Ireland - Pilots with Ryanair who are based in Ireland have voted to go out on strike.

The vote is controversial. On one hand it is noted that the Irish Air Line Pilots' Association vote for strike action was 94% in favour.

However less than half of Ryanair's Irish pilots, according to the airline are members of the association, which is part of Forsa. And less than 60% of them took part in the ballot.

UK-based pilots have agreed to strike action, having voted on Wednesday. Pilots based in Spain are expected to vote early this week.

Ryanair, which was founded in Ireland, said Friday it was disappointed that the pilots union is threatening to disrupt customers' travel plans during August.

It said because of the union membership and the low voting that the ballot effectively had the support of less than 25% of Ryanair's Irish pilots. "This disruption of customers' holiday plans has no valid mandate from Ryanair's Irish Pilots," a company statement said Friday.

That is not entirely accurate as it assumes the non-union members and those that did not vote were against strike action.

"Since summer 2018, Ryanair and Forsa have engaged in a mediation process under Mr Kieran Mulvey which has delivered collective agreements on promotions, transfers, seniority and most recently (April 2019), a pay increase of up to 20% for those Irish pilots who had not agreed this 20% increase in 2018. Ryanair's Irish pilots also enjoy a 5 on, 4 off roster (a double bank holiday every week)," the Ryanair statement said.

"On 30th July Forsa gave an undertaking to Mediator Kieran Mulvey that they would return to mediation next week (beginning 11 Aug) with specific pay proposals, which they have failed to provide either to Ryanair or Kieran Mulvey for over 6 months now."

"Forsa are still unable to explain what pay increase they are seeking on top of the 20% increase already agreed, at a time when Ryanair pilots resignations have dwindled to zero because Ryanair pilots are better paid than 737 competitor pilots in Norwegian (who are cutting pilot pay and jobs) and Jet2 (who have frozen pilot pay in return for improved rosters). The pay deals already agreed with Forsa deliver pay increases of up to 20% at a time when Ryanair profits are falling due to higher fuel and payroll costs, with Senior Captains now earning over €200,000 p.a. for working five days on, followed by four days off. Ryanair pilots already earn 20% more than pilots in comparable 737 airlines like Norwegian," said the Ryanair statement.

"This Forsa threat of industrial action has no mandate from Ryanair pilots, and is ill-timed just 10 weeks before a hard Brexit, while Ryanair is in the process of letting excess pilots go due to the Boeing MAX delivery delays. Forsa should continue in mediation and avoid threatening unnecessary disruptions to customers holidays and travel plans."

The company said it was now calling on Forsa to explain why it is announcing industrial action and customer disruptions while it is still in a mediation process, when they have yet to table any specific pay proposals.

"Forsa should now continue mediation with Ryanair instead of threatening ill-judged and ill-timed industrial action with the sole intention of creating uncertainty for customers travelling during the late August period," the statement said.