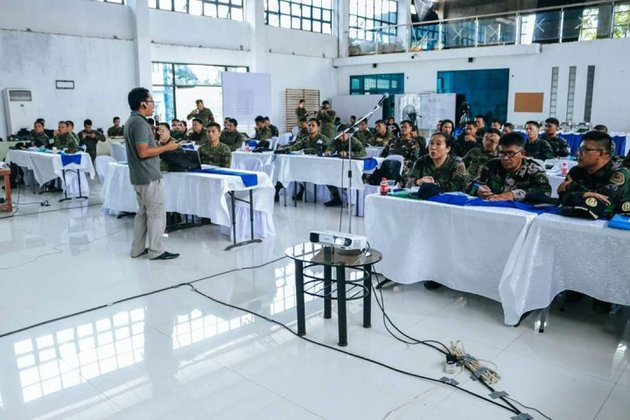 Said activity was aimed to update the civil relations units of the two agencies on several techniques and strategies to effectively communicate to the locals in various communities of the AFP and PNP's area of responsibility in regions 10 and Caraga, and a way to intensify their advocacy efforts against the Communist Party of the Philippines - News People's Army - National Democratic Front (CPP-NPA-NDF) and insurgency.

According to Major Regie Go, public affairs officer of 4th Infantry Division (4ID), Philippine Army, this skills enhancement is of great help for the army as they intensify the implementation of community support program with the PNP.

Go added that this too formed part of the implementation of the 'whole of nation' approach, which ensures continuous delivery of the basic services, needs, as well as in disseminating relevant accomplishments on peace and development efforts of the law enforcement agencies to the public to make them well-informed citizens.

Several communities have also declared the CPP-NPA-NDF as persona non-grata.

"Locals in various communities have warmly accepted the Army and the PNP's CSP and their support and active participation is a big factor towards peace and development, and we hope to work with them in different community activities," said Layug.

Meanwhile, Police Lt.Col. Christian Rafols II, chief public information officer of PRO13 emphasized the need for this skills enhancement to effectively counter the lies and propaganda circulated by the communist-terrorist groups or the CPP-NPA-NDF that had caused conflict and insurgency. (JPG/PIA-Caraga)