Inside the Philippines' long journey towards reproductive health 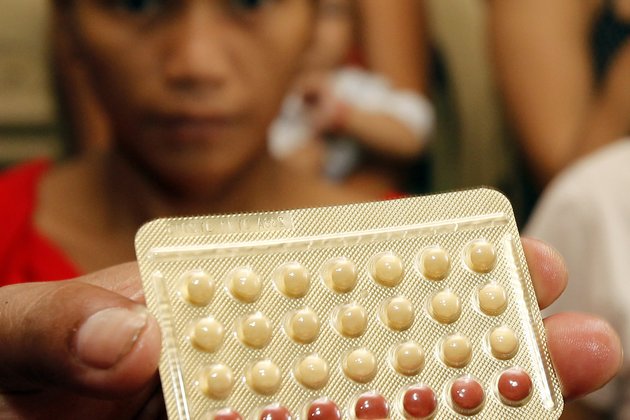 Popularly known as the RH law, the measure was passed in 2012 but was suspended by the Supreme Court, following objections from religious groups that alleged the law violated the rights to religion and free speech.

Dutertes order was welcomed even by some of his fiercest critics. Human Rights Watch, for instance, called it a bright spot in the administrations otherwise horrendous human rights record via its abusive war on drugs. Aside from promoting family planning, the RH law covers wide-ranging provisions for emergency obstetric care, sex education, and maternal and child health.

But the very fact that such seemingly anodyne health matters even have to be affirmed attests to the contested nature of reproductive health issues in the Philippines. Just one day after Duterte signed the executive order, Luis Cardinal Tagle, Manilas archbishop, reiterated that the Church is against any law that promotes both natural and artificial family planning methods.

Viewed in a broader historical frame, the ongoing debate is a continuation of the Philippines long journey towards reproductive health - and its having been turned into a political and moral issue by various actors. Its also inexorably bound to the Churchs long-running enmeshment in the politics of a country where 80% of the people are, at least nominally, Catholic.

The Catholic Churchs opposition to population control and artificial contraception goes beyond the Philippines shores. Pope Paul VIs _Humanae Vitae _ (1968) made the Churchs stance a matter of dogma, and it has since been affirmed by successive popes.

Initially, the Churchs stand didnt seem to have much of an impact on Philippine policy. Just a year after Humanae Vitae, then-president Ferndinand Marcos established a Population Commission that sought to control population growth.

And in 1973, a new, Marcos-backed constitution called on the government to achieve and maintain population levels most conducive to the national welfare.

But the situation changed in the 1980s, when the people turned against Marcos corrupt and authoritarian government (which, it should pointed out, ultimately proved ineffective in its population control efforts). The Church was instrumental in the 1986 EDSA People Power Revolution that deposed and forced Marcos into exile.

The new president, Cory Aquino, was much more pliant to the Churchs wishes. The 1987 Cory Constitution enshrined the life of the mother and the life of the unborn from conception. Tellingly, it omitted any reference to population control.

A succession of presidents would continue to toe the Churchs line. Gloria Arroyo - another beneficiary of a Church-backed revolution - would be the most ardent,making it state policy to promote only natural family planning methods. This was despite scientific consensus that such methods are ineffective, and the fact that a majority of Filipinos actually support artificial contraception.

Regardless of presidents acquiescence to the Church, support for an RH law slowly but steadily grew. In 1999, the first of many RH bills was filed in Congress. Ironically, it was Corys son Benigno Aquino III (Arroyos successor), who ultimately got the law passed.

Duterte, who took over from Aquino in 2016, was equally vocal in his support for reproductive health. In his first national address, he stressed that the RH law should be implemented so that couples especially the poor will have freedom of informed choice on the number and spacing of children.

The politics of the RH Law notwithstanding, its rationale in the Philippines are quite clear.

Population growth remains very high. From 31.7 million when Marcos took office in 1965, it is expected that there will be 105 million Filipinos by the end of 2017 - an astounding tripling in just over 50 years.

Economists agree that while poverty is a complex phenomenon, rapid population growth and high fertility rates, especially among the poor, do exacerbate poverty and make it harder for the government to address it. In 2012, 30 economists from the University of the Philippines affirmed the role of the RH bill in population growth and consequently in poverty reduction.

In addition, there is an alarming increase in HIV infection rates that makes the Philippines one of the few countries to actually register growing prevalence. HIV prevention is actually the health ministrys main rationale for condom distribution and promotion. But that too is unacceptable to anti-RH advocates who argue that it would breed immorality.

Some observers have noted that the Churchs infuence in Philippine politics is waning, citing its failure to stop the RH law. But while its power may have diminished, it remains an important political actor.

In the same month as Dutertes executive order, the Department of Education announced that it would block the distribution of condoms in schools, caving in to pressure from the Church. The RH Law itself, in an attempt to appease the Church, includes natural methods and responsible parenthood in its language, and mentions religious convictions seven times.

Is there a chance that the Church will change its position? Pope Francis recent pronouncement that contraception is a lesser evil than abortion - at least in cases of Zika - raised some hope. Ultimately, however, his statement was rightfully seen as a change in tone - not in substance.

Judging from the Philippine bishops latest rhetoric, which casts contraceptive use as immoral, its highly unlikely that the Church will change its mind.

Even so, the fact that two presidents - belonging to two opposing political camps - have supported reproductive health raises hopes that it is becoming a post-political, post-ecclesiastical issue.

After a long journey, theres reason to hope that the RH law will finally be implemented in full in the Philippines, and with it, badly-needed population and HIV control programs.

Tensions between Beijing and Washington add to world's Covid-19 woes

BEIJING, China - China said on Sunday that its relations with the United States were "on the brink of a ...

Protesters for and against lockdowns clash in Germany

HAMBURG, Germany - German police clashed with a large crowd of demonstrators who gathered to protest against a sanctioned anti-lockdown ...

LOS ANGELES, California - California avocados gained access to the Chinese market as a result of the China-U.S. phase-one economic ...

SYDNEY, Australia - Tokyo and Sydney shares took off on Monday, and while stocks gained in Shanghai and Hong Kong, ...

DUBAI, UAE - The world's largest themed mall which caters for more than 21 million visitors a year has had ...

WASHINGTON, DC May 23 (Xinhua) - The domestic drivers for the Chinese economy are looking much better and Chinese domestic ...

Birds of Prey (and the Fantabulous Emancipation of One Harley Quinn